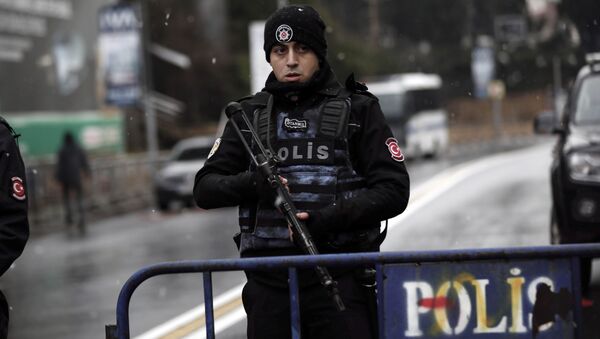 ANKARA (Sputnik) - Turkey is demanding extradition of 452 people from 83 countries over their alleged links to the movement of Islamic cleric Fethullah Gulen, Turkish Foreign Minister Mevlut Cavusoglu said on Wednesday.

"Turkey has sent documents concerning 452 people linked to FETO to 83 countries. We demand extradition of these people," Cavusoglu said, as quoted by NTV broadcaster.

Ankara has accused Gulen, who has been living in the United States since 1999, and his followers of orchestrating an attempted coup in the country, which Gulen has repeatedly refuted. The coup attempt, aimed at bringing down the government and the country's president, took place on July 15, 2016, and was promptly suppressed by the government forces, but still left 251 people dead and around 2,200 injured.

Around 80,000 people, including officials, journalists and military staff, have reportedly been arrested in Turkey over their alleged links to Gulen since the coup attempt.