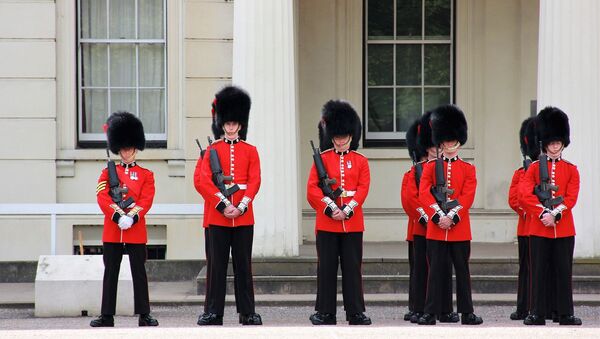 Upon the release of latest hate crime statistics in England and Wales, both the ruling Conservative party in Britain and its opposition - although differently - reacted to the reported surge in criminal activity.

While the Tories rushed to update their Hate Crime Action Plan — championed by the Home Secretary Sajid Javid and a number of MPs — with promises of administrative and educational measures, the Labour Party pointed to the slashed police budget under Tory austerity policies in the last decade.

It's staggering: in five years recorded hate crime has doubled.
And what did the Tories do? Slash police budgets. pic.twitter.com/CGZK2MjoTT

The government also vowed to consider whether there should be additional protected characteristics, such as sex, age and alternative lifestyles such as the goth subculture — which caused ambivalent response online.

We're heading for a totalitarian state next any criticism of the Tory Government #NorthKorea pic.twitter.com/N6nqH9D1mt

No & who will investigate this? It will be down to intent of the alleged suspect which will be difficult to prove. More hurty feelings offences — more pressure on policing & distraction from more serious offences.

By distinguishing Goths, is that discriminatory towards New Romantics, Mods, Skinheads etc? Perhaps we should just treat everybody equal and it be an offence to be hateful towards anyone irrespective of their belief, musical taste, gender or even if they do or don't like marmite?

Hate crime scope to include age related hate crime, punks and goths. The logical conclusion of this is to increase the scope of hate crime to include everyone and just call it crime, then actually punish people for it properly in the first place

We're talking hate crime this week. Hate crime happens because of someone's disability, ethnicity, religion, sexual orientation, transgender identity or if they are a goth, emo or punk

It's not OK. It's not acceptable. Tell us, @StopHateUK or @true_vision_hc so we can help pic.twitter.com/dzmbr3kie2

Currently, the common definition of a hate crime, agreed in 2007, still stands.

Hate crime is defined as "any criminal offence which is perceived, by the victim or any other person, to be motivated by hostility or prejudice towards someone based on a personal characteristic."

The UK Independence Party has pledged to "scrap the Crown Prosecution Service's guidelines on hate crime," branding them as "purely subjective." UKIP posted the announcement on its Twitter page on Tuesday, arguing all "victims of crime should all be treated equally, irrespective of the motives of the criminal."

A statistical bulletin released by the UK Home Office on Tuesday, revealed a surge in hate crime offenses in England and Wales.

The latest figures indicated an upward trend in various types of hate crime.

In 2017/18, there were 94,098 hate crime offences recorded by the police in England and Wales, an increase of 17% compared with the previous year

The increase is explained by the Home Office via the prism of improved police recording of crime, nation-wide political events and threat to national security.

The June 2016 referendum on Britain's membership of the European Union was used as an example. Following the vote to leave the EU, Britain saw some of its residents get more vocal about their attitudes towards immigrants and immigration into the UK.

The Home Office data showed "a rise in racially or religiously aggravated offences during the EU Referendum campaign, from April 2016, to a peak in offences after the result, in July 2016." 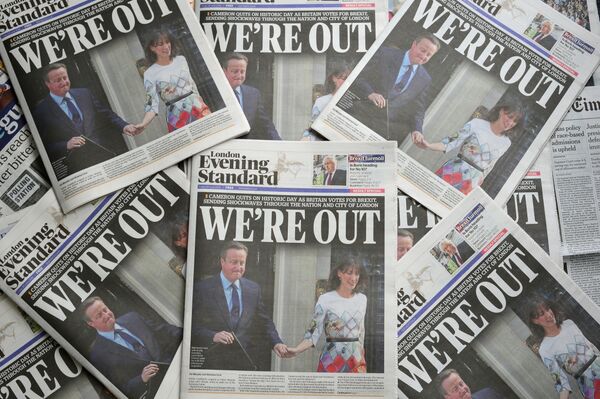 An arrangement of newspapers pictured in London on June 24, 2016, as an illustration, shows the front page of the London Evening Standard newpaper reporting the resignation of British Prime Minister David Cameron following the result of the UK's vote to leave the EU in the June 23 referendum.
© AFP 2022 / Daniel SORABJI

Another trigger of hate crime activity in Britain was the terrorist attacks in 2017.

Last year, Britain suffered a number of terror attacks, including the Westminster attack in March, Manchester arena bombing in May, London Bridge and Borough Market attack in June and Parson Green explosion in September.