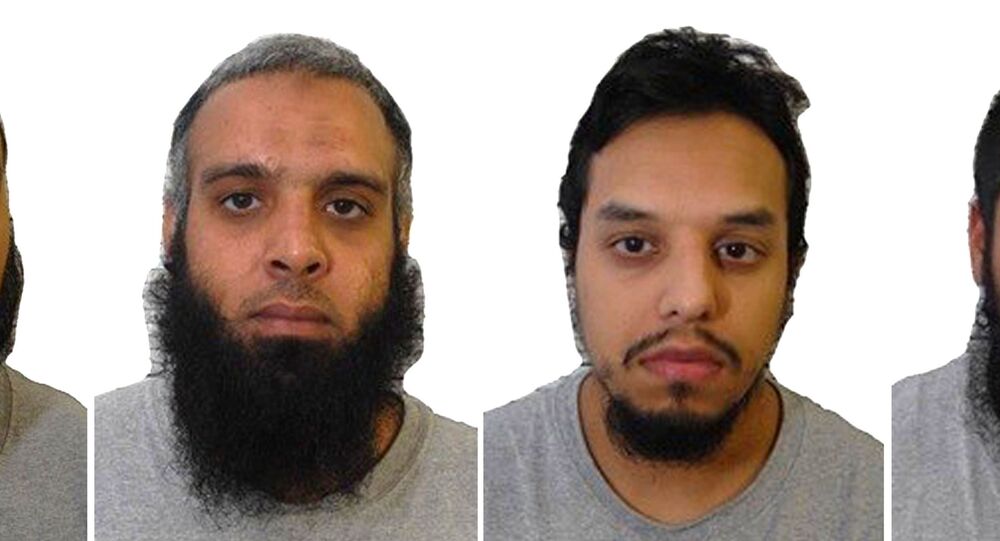 UK Terror Arrests Up by 17%, Highest Number of Terrorist Prisoners Since 2009

Police, together with the security services, are determined to make the UK as hostile an environment for terrorists as possible, according to the head of Counter Terrorism Policing in Britain, who commented on fresh policing stats.

The number of arrests by anti-terror officers in the UK has risen by 17 percent in 2018. The UK Home office released the figures revealing in the year to March 2018, 441 arrests were made, compared to 378 in the preceding year,

In 2017, Britain suffered a number of terror attacks, including the Westminster attack in March, Manchester arena bombing in May, London Bridge and Borough Market attack in June and Parson Green explosion in September.

The arrest figures include:

"With the terrorist attacks of 2017 we saw a genuine step-change in momentum. As a result, our operational activity increased to meet the new and emerging threats we now face. A year on and our activity continues to be at unprecedented levels; shown, not least, by the fact that, in the past year, working together with the security services we have stopped an average of one terrorist attack every month. Police, together with the security services, are determined to make the UK as hostile an environment for terrorists as possible," Assistant Commissioner Neil Basu, head of Counter Terrorism Policing in the UK said.

The Home Office data also includes cases of "disruption' arrests" when individual are detained on suspicion of being "linked to terrorist activity, but may be arrested for other criminal matters, such as fraud, robbery or drugs offences."

On June 4, the new UK Home Secretary Sajid Javid announced that the names of UK citizens linked to terrorism will be shared by the national intelligence service with local authorities across the country.

© CC0
EXCLUSIVE: How Extremism Slips In and Out of British Prisons & Through Cracks of Gov't Anti-Radicalization Policies

Around 500 live operations involving 3,000 "subjects of interest" are currently taking place in Britain, while 20,000 people have previously been investigated for terror-related cases and could still pose a threat, Mr. Javid said.

The Home Office statistical bulletin also revealed that as at 31 March 2018, there were 228 persons in custody for terrorism-related offences, an increase of 27% on the 180 persons in 2017.

The surge is part of the trend seen in the last few years. Since the data collection began in 2009, this was the highest number of persons in custody for terrorism-related offences, the report says.

The counter-terrorism policing chief has also pointed out that there is no typical profile of a terrorist.

"The recent conviction of a young girl who, along with her mother and sister, were planning terrorist attacks on the streets of London, is a stark demonstration of the breadth of threat we're having to deal with," Neil Basu said in a statement.

The policing authorities have a busy summer ahead. Mr. Basu noted that with the World Cup kicking off on June 14, as well as other sporting and music events, "it's vital that members of the public remain vigilant in all situations."

According to the MI5 Security Service, the current threat level for international terrorism in the UK is SEVERE.