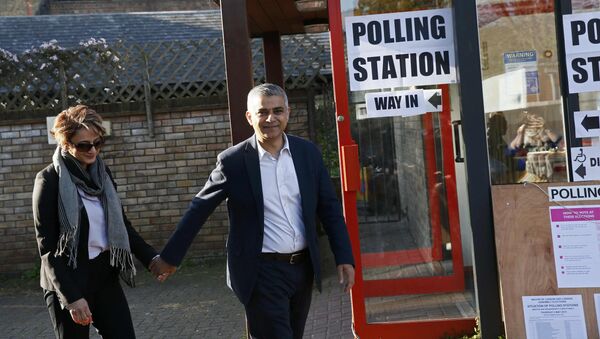 The Tory politician was chosen on Friday to represent the party in the 2020 London mayoral election, though his chances of triumph could be dashed as he finds himself accused of Islamophobia.

Conservative politician and social worker Shaun Bailey has drawn criticism for retweeting a post which referred to London Mayor Sadiq Khan, who will represent Labour and seek reelection in 2020, as the “mad mullah of Londonistan.”

The tweet, which has since been deleted, was shared by Bailey back in 2017, and, in response to opposition politicians trying to brand the Tory candidate as racist over it, his spokesperson has issued a statement protesting his innocence.

READ MORE: 'People Must Get a Final Say': London Mayor Calls for Another Brexit Vote

The tweet was recently discovered by a UK newspaper ahead of the Tories selecting their candidate in the mayoral election.

When quizzed about the matter by The Independent, Bailey’s spokesperson insisted that there is “no way” he would have the seen the tweet’s potentially Islamophobic caption, as he would have needed to click on it to see the full text.

“As The Independent’s screenshot shows, these grossly offensive words were in no way visible in the chain that was retweeted. Shaun was completely unaware of their existence, and as someone who has suffered racial abuse himself, there is no way on earth Shaun would ever knowingly have shared something so offensive,” the spokesperson said on Thursday.

WATCH Bikini-Clad Mayor Sadiq Khan Blimp Fly Over London
However, Labour MP for Ilford North, Wes Streeting, described the social media post as “absolutely disgraceful”, while warning that the Tory Party may once again be raising questions over Khan’s ties to Islamic extremist groups in a bid to hurt his chances of winning the election.

Earlier this year, in August, former leader of the UK Independence Party (UKIP) Nigel Farage said he’s considering running in the mayoral election, claiming the Tories are afraid he would push them down to third place, describing all of their candidates as “so poor.”

Despite some accusing Khan of sharing a platform with an Islamist extremist, he is expected to be reelected in 2020, according to early polling.