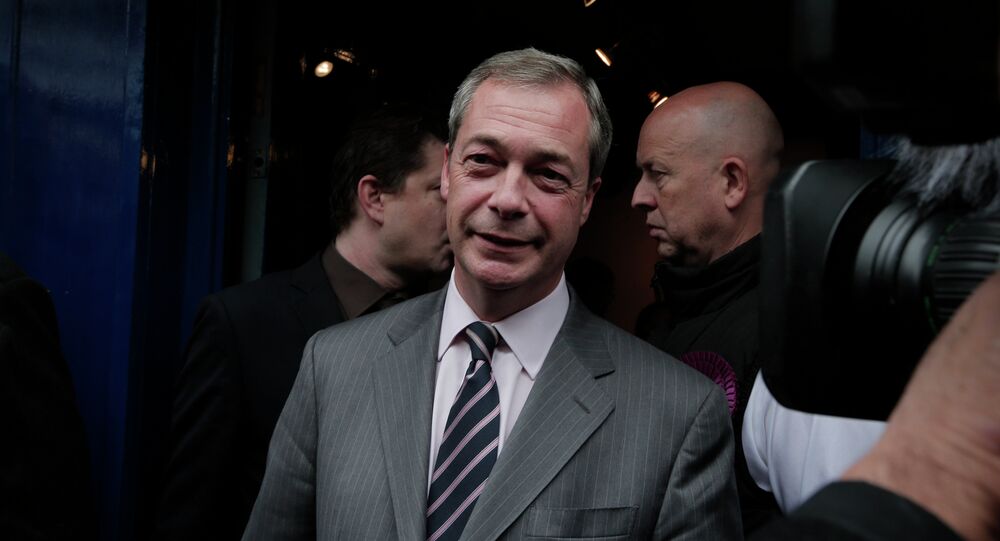 Outspoken Brexiteer Nigel Farage stood down from his position as leader of the UK Independence Party (UKIP) in 2016, shortly after the Brexit referendum, and continues to serve as an MEP, though he will lose his seat in the European Parliament once Britain withdraws from the EU.

Nigel Farage is considering running in the 2020 London Mayoral election, claiming he has been encouraged to stand for the post by a “group of people” as it would provide him with a platform to voice his political views.

In an interview with The Financial Times on Wednesday, Farage insisted that the Tory Party is “very actively aware” that he would push them down to third place in the election if he were to stand, describing them as “afraid” of such a prospect.

READ MORE: Nigel Farage Must Come Back to Ensure Brexit is Delivered

Over the course of his political career, Farage has run for a seat in parliament seven times, to no avail, but an ally of the hardline Brexiteer said he would easily defeat the Tories in the mayoral election.

“The three Tory candidates are so poor… no one expects any of them to win, if you have televised hustings it would just come down to Nigel versus Sadiq [Khan],” a Farage ally told The Financial Times, speaking on the condition of anonymity.

© AP Photo / Matt Dunham
Karma Strikes Back? Briton Raises £58,000 to Fly Sadiq Khan Blimp in Protest Against 'Trump Baby'
The Conservatives are set to pick their candidate to stand in the election next month, but all three have limited experience in the highest levels of politics and are quite obscure, with two of them currently representing the party in the London Assembly and the final candidate, Joy Morrissey, serving as an Ealing councilor.

Farage has repeatedly clashed with incumbent London Mayor Sadiq Khan, who is expected to stand for re-election in 2020, dismissing his remarks against US President Donald Trump’s immigration policy and accusing him of creating a “mess” in Britain’s capital.

Farage, Your Country Needs You NOW!