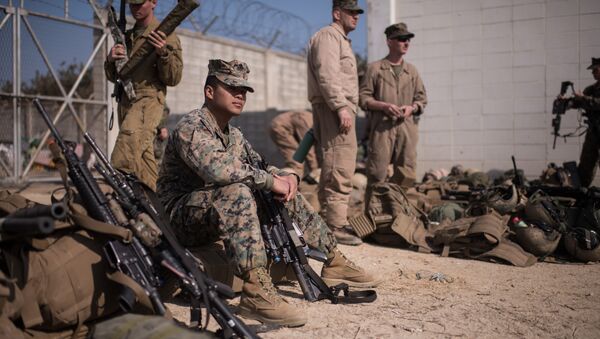 MOSCOW (Sputnik) - South Korean President Moon Jae-in said in an interview with Fox News that the presence of the US forces on the Korean peninsula would still be necessary even if the two divided countries signed a peace treaty and the reunification took place.

Asked, whether he wanted the US troops to leave the peninsula one day, he said “I would say, no.”

”The US forces in [South] Korea not only beneficial for our deterrence of [our] vis-a-vis North Korea but also it plays a large role in terms of upholding peace and stability in the North East Asian region as a whole. Even after the peace treaty is signed and even after the unification is achieved, I can see the US forces in Korea remain in place for the peace and stability of the North East Asian region,” Moon said.

World
UN Command Says Having Communication with N. Korea for First Time in 11 Years
During the interview, he also expressed belief that Washington-Pyongyang summit would take place before the end of the year.

The situation on the Korean Peninsula has significantly improved since the start of the year, with North Korean leader Kim Jong Un and Moon having held three bilateral meetings, which resulted in their pledge to strive for a peace treaty.