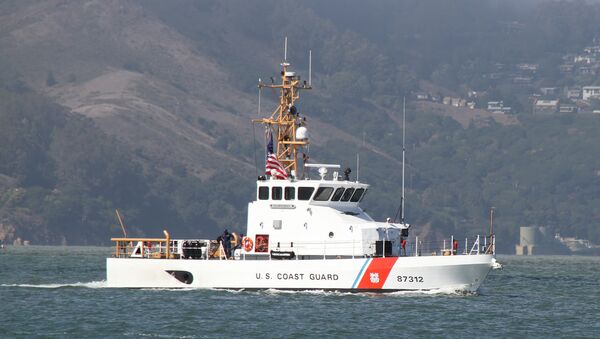 A sad story of how a 4chan-inspired prank cost an employee his position.

A US Coast Guard member assigned to deal with Hurricane Florence has been removed from duty after he was seen on video flashing an ‘OK' sign, which has been purportedly appropriated as a white supremacist signal.

"We are aware of the offensive video on Twitter — the Coast Guard has identified the member and removed him from the response," the US Coast Guard said on its official Twitter account.

"His actions do not reflect those of the United States Coast Guard," the tweet said.

We are aware of the offensive video on twitter — the Coast Guard has identified the member and removed him from the response. His actions do not reflect those of the United States Coast Guard.

​The incident happened while a Guard member gave an interview to MSNBC regarding the progress of Hurricane Florence. A seated man in the background made the OK gesture — in which the thumb and index finger approach each other while to form an ‘O' with the other fingers held upright.

Some on social media called for the Guardsman to be fired for his actions, USA Today reported.

But how did the widespread gesture become a racist signal? In February of 2017, users of the notorious 4chan website set out on a prank to convince mainstream media outlets that the OK hand gesture had been hijacked for use by white supremacists to signal one another publicly.

What started as sarcasm against leftist ‘SJW' ideals became one itself after media gullibility bit the bait and reported the gesture as a genuine white supremacist move.

Most media outlets quickly recanted statements following an official response from the Anti-Defamation League (ADL), an organization that fights anti-Semitism and "various forms of bigotry." ADL confirmed that the OK gesture is not a white supremacist hand sign.

"It is important to realize that the ‘OK' gesture is a nearly universal hand gesture and most usage of it is completely innocuous," ADL noted. "Even when used as described here, the fact that white supremacists, the alt right and many Trump supporters all use the symbol means that one cannot assume that anyone who poses with such a gesture is intending or exhibiting an association with white supremacy."

"No one should assume anything about the use of such a gesture unless there are other unmistakable white supremacist signifiers in that context as well," observed Mark Pitcavage, an ADL senior research fellow, in a September 4 tweet.