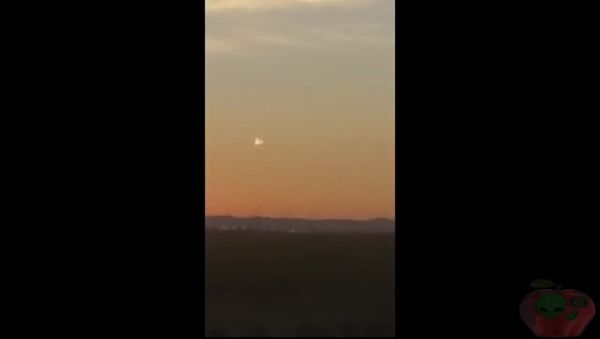 Despite the aircraft believed to be fulfilling surveillance missions outside the US, this time it has apparently been spotted while spying inside the country, according to claims by exceptionally inquisitive internet users.

Weird footage has emerged featuring the moment a man inadvertently caught on camera something he could not effectively explain. As he stopped his car at a red light glancing right into the blazing sunrise while on his way to work, he caught sight of something unusual in the skies above El Paso, Texas, and quickly reached for his phone to film it.

He later checked out the footage just to realize that it was something inexplicable in the video, namely some glowing triangular object off in the distance. The video racked up thousands of likes after the source, who spoke to The Daily Star on the condition of anonymity, posted it online.

"Looks to me like a TR-3B craft with the circles under each corner of the triangle if that makes sense," one viewer claimed, with many others rushing to support this point of view. Another commentator even recalled helping develop those "at a top secret base back in the 1960s."
"I clearly remember working tirelessly round the clock to fix all the glitches," he wrote.

The supersonic TR-3 Black Manta, which is a covertly designed US Air Force spy plane, is said to be of a triangular shape and is well-known for being used in espionage missions well beyond the borders of the US. Most recently, there were reports of the TR-3 being spotted over Russia and Australia. It is believed to have been used by the US-led coalition during the first, Iraqi war, or the Gulf War in 1991, to determine targets for Lockheed F-117 Nighthawk bombers.