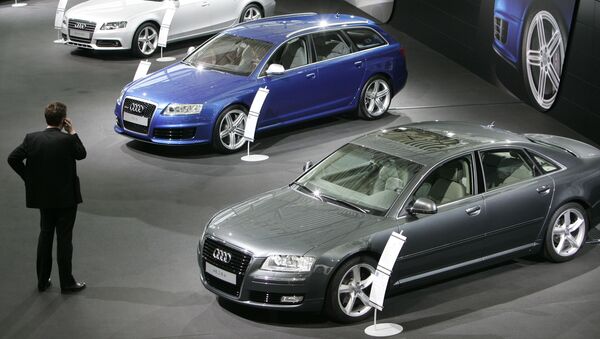 BRUSSELS (Sputnik) - The EU Commission is still preparing a list of possible retaliatory measures in case if the United States would introduce new duties on the import of cars from the European Union, EU Trade Commissioner Cecilia Malmstrom said Thursday.

Malmstrom said the commission was preparing the respond if tariffs for cars and auto parts were introduced.

The commissioner added that EU car and car part exports were worth 51 billion euro ($59.59 billion) and that the new tariffs could lead to very serious consequences for car manufacturers in many EU countries.

Malmstrom noted that the bloc was ready to nullify its tariffs on industrial goods if the United States was ready to do the same.

On Tuesday, EU Commission Spokesperson for Trade and Agriculture Daniel Rosario said that the European Union was ready to counter any additional US tariffs on EU goods in the light of the US President Donald Trump's earlier statement that he would put a 25% tariff on cars from the European Union.

US Farmers Suffer from Washington's Tariff Policy
In July, President of the European Commission Jean-Claude Juncker and Trump held a meeting to discuss trade relations between the two sides agreeing, among other things, to avoid any new tariffs while negotiating future arrangements for trans-Atlantic trade.

The trade relations between Washington and Brussels started to deteriorate in June after Trump introduced tariffs on steel and aluminum imported from the European Union, which, according to the bloc, targeted over $7.4 billion worth of the EU exports.