Deported US Nazi is Unlikely to Be Prosecuted in Germany, Will Live in Care Home 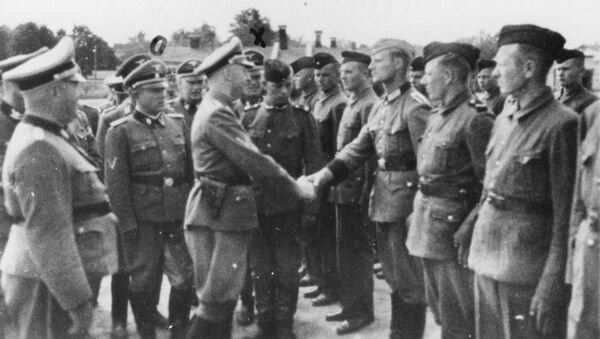 US authorities have been struggling to deport a former Nazi death camp guard for almost 15 years with none of the relevant countries willing to take him in.

Jakiw Palij, a 95-year-old former Nazi collaborator, has been deported from the US to Germany after months of negotiations, but is unlikely to be prosecuted by the authorities there, The Guardian reported, citing the head of the Central Office for the Investigation of Nazi Crimes, Jens Rommel. According to him, Germans simply don't have enough evidence to link the old man to murders in the death camps, although the US authorities suspect him of being an accomplice to 6,000 murders.

Instead, upon arrival to Düsseldorf airport, Palij was taken to a retirement home, where he will reportedly live to the end of his days with his stay being paid for by the state.

"His transfer from the US doesn't change anything about the state of evidence. In theory, prosecutors could resume their proceedings in case something changed, but for that proof would be necessary in particular, which would bring the person into direct connection with the crimes," Rommel said.

Jakiw Palij, who was reportedly trained by the SS in 1941 as a guard for a Nazi death camp, received US citizenship in 1957 by giving false information. The truth surfaced in 2003 and the US revoked his citizenship.