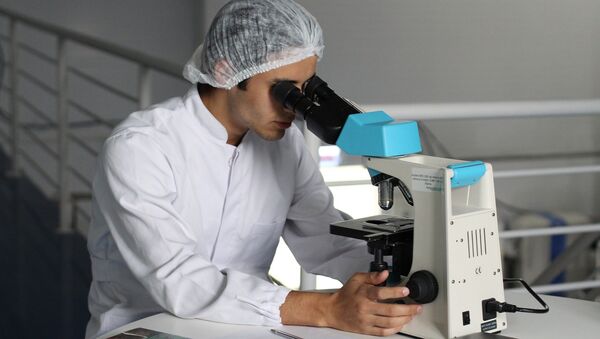 While using various search engines for "individual nutrition," people find hundreds of websites with suggestions, comments, and recommendations. Scientists also recognize the value of trendy well-balanced nutrition in line with personal programs. Until recently, it was unclear how such nutrition plans influenced intestinal microflora.

University experts teamed up with their colleagues from other Russian universities and conducted a large-scale experimental research project to see whether a two-week long diet plan was enough to change the composition of intestinal microflora.

"Our partners formulated the experiment's idea, and we provided technical support during some of its stages, including preparations of test samples and high-capacity sequencing," said one of the research authors Alexei Korzhenkov from the University's Institute of Living Systems.

During the first stage of this rather sensitive project, the participants filled out a questionnaire, noting the regularity of their eating habits. For example, some of them said they were eating carrots on a daily basis, plus sausages twice a week.

They also replied to how often they smoked and drank alcohol, how long they slept and what medication they are on. During the next stage, scientists conducted clinical tests of respondents' intestinal microflora and compiled personalized nutrition plans for each of them. They conducted repeat tests two weeks later and compared the results. It turned out that even such short-term dieting positively affected intestinal microflora.

Scientists asked all volunteers to minimize their intake of sugar, salt, and saturated fats. They advised them to consume less "empty calories," including sweet fizzy drinks, pastries, mayonnaise, and to drink plenty of water.

Individual nutrition plans were based on respondents' data. Some of them who ate too many potatoes were advised to eat them only twice a week.

Before and after the dietary intervention, researchers analyzed the composition of intestinal microflora, and their total diversity topped 600 types of microorganisms. To compare the results, scientists calculated the so-called Bray-Curtis coefficient, used to assess the similarity of two animal groups' species.

This coefficient is calculated by assessing the number of unique species and species that are common to both groups and varies from zero (absolutely identical composition) to 1 (absolutely different composition). A 0.45 intestinal microflora similarity coefficient was posted during the experiment before and after a two-week long dietary intervention. And a 0.26 indicator was calculated for representatives of a test group eating regular sorts of food.

According to experts, the results of their work can help compile effective individual nutrition plans using new data on intestinal microflora.

The experiment's results are published in the journal Nutrients.