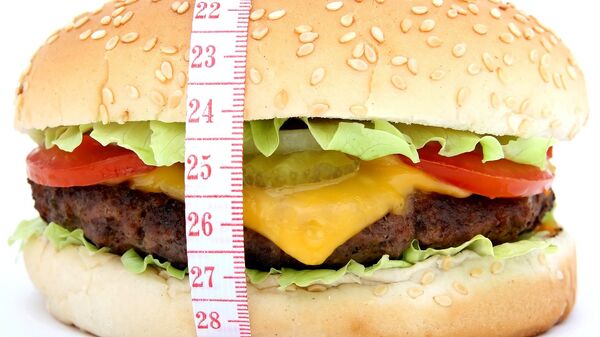 People in Britain have a big appetite when it comes to junk food according to a new study which reveals more than half of the food eaten in UK households is ultra processed.

These items are five times more likely to end up on the table in Britain that in Portugal, France or Italy and make up for half of all the meals eaten in the average UK household, making it the unhealthiest nation in Europe, the study suggests.

How can people be expected to make healthy food choices in this environment? #FoodForThought https://t.co/vgARc6Ten8

The study carried out by Professor Carlos Monteiro of the University of Sao Paulo's school of health, compared 19 European countries and concluded that there is a "significant positive association" between eating junk food and obesity.

"They are also aggressively marketed often in big portion sizes and are typically designed to be consumed as snacks rather than as regular meals. All these factors induce energy over-consumption and thus overweight and obesity," the authors state.

"It's time the UK population woke up to the shocking state of our diet," Professor of Food Policy at City University London, Tim Lang tweeted.

UK diet comes out worst of 19 Euro countries for ultra-processed foods https://t.co/ERGKuqNY06 It's time UK population woke up to the shocking state of our diet. Normalisation doesn't make it right.

The information was then compared with the Data Food Networking (DAFNE) and the Living Costs and Food Survey (LCFS) in Britain.

"The findings reinforce the need for public policies and actions that promote consumption of unprocessed or minimally processed foods and make ultra-processed foods less available and affordable," the authors write.

The study published in journal Public Health Nutrition calls for junk food to be made less available and affordable.