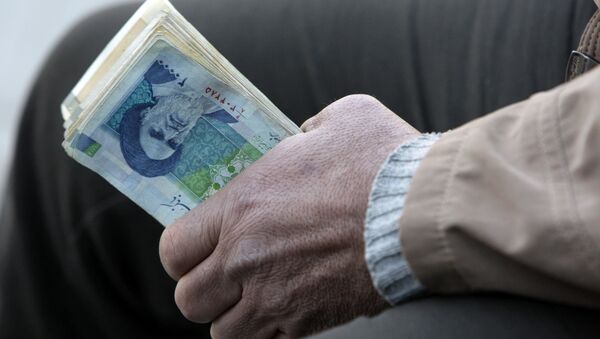 © AP Photo / Vahid Salemi
Subscribe
International
India
Africa
WASHINGTON (Sputnik) - US Secretary of State Mike Pompeo said in a statement on Wednesday that allies and partners should join with the United States to deny funding to the leaders of Iran.

"Today, the regime in Iran is at odds with world peace. We urge our allies and partners to join the US and deny Iran’s leadership the funds to oppress the Iranian people and to foment terrorism around the world," Pompeo said in a Twitter message.

On Monday, the US government reimposed the first wave of sanctions against Iran that were lifted under the Joint Comprehensive Plan of Action (JCPOA). The remaining sanctions will be put back in place on November 4.

World
Berlin Expects US to Keep EU Interests in Mind Imposing Sanctions Against Iran
In response, the European Union released a statement saying it would protect any companies in its member countries who are doing legitimate business in Iran from the US sanctions.

The move toward the resumption of sanctions started in May when the United States withdrew from the JCPOA. The other parties to the nuclear agreement — the European Union, China, France, Russia, Germany, Iran and the UK — have expressed their continued commitment to the deal.