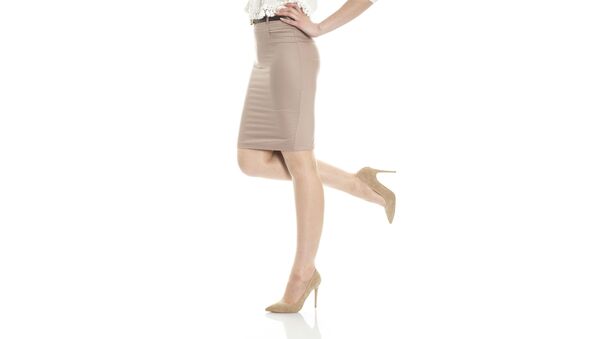 The author of the law says it would not kill the “culture of the French lover.”

Lewd comments made to unknown persons in public — commonly referred to as "cat-calling" — are now banned in France, following an incident when a man punched a woman in the face after she asked not make such comments to her.

The eyebrow-raising incident happened near a Paris café Monday, when a man reportedly "made dirty noises, comments and whistled" towards a lady passing by, the Guardian reported earlier this week.

WATCH: Minnesota Woman Punched For Ripping Up Protester's Sign, Cries to Cops
After the woman responded with a straightforward "shut up!", the man suddenly grabbed an ashtray and threw it towards the woman. When a woman reacted back, the man walked up to her and, without warning, punched her in the head strong enough for her to fall on the floor. When the café patrons stood up to the attacked woman, the assailant argued briefly before walking away. The whole incident got on CCTV cameras, and an inquiry has been opened by the Paris prosecutor's office.

Under the new law, which French MPs greenlighted in second reading on August 2, such sexual harassment is now a reason for a hefty fine of some 730 Euros, the Daily Mail reports.

"Harassment in the street has previously not been punished. From now on, it will be," said Marlene Schiappa, gender equality minister and one of the authors of the new legislation in an interview Thursday.

According to the Guardian report, the fines come into effect this autumn.

The new legislation also states that sexual acts with persons aged 15 or below can be ruled non-consensual if the investigation determines said person was not competent to give consent. The earlier version of the legislation viewed such acts as strictly non-consensual.

Besides, underage victims of rape will now be given extra ten years to file complaints over sexual harassment, which takes the maximum age until a complaint can be filed to 48.

Pennsylvania Catholic Church Releases Names of Clergy Accused of Sexual Abuse
Opponents of the legislation say outlawing showing interest in a person on the street may, in fact, destroy the entire concept of romance. However, Schiappa argues that the legislation does not intend to prohibit flirting and what she called a "culture of the 'French lover'".

"What's key is […] that the laws of the French republic forbid insulting, intimidating, threatening and following women in public spaces," Schiappa said on Thursday.

Other opponents, as indicated by Daily Telegraph's Martin Daubney, say enforcing such law would be almost impossible — especially in cases of so-called "wolf whistling," the trademark two-note loud whistle which shows one's appreciation of someone else's looks. Daubney argues that enforcing such law would not only demand dispatching large amounts of immediate response officers to all parts of cities — it would also clog the courts with petty offenders, while there are still more serious criminals to handle. Another point Daubney makes is that should "wolf whistling" or "cat calling" become classified as a real sex offence, it would equate the offender to hard-time rapists and paedophiles, which would, at the very least, destroy the person's prospect of getting a job.

Thai Man Gets Penis Cut Off Over Alleged Sexual Harassment
The catcalling is a point of debate in the UK, too, where female rights activists call for the practice to be outlawed.

On an interesting note, however, Ben Pobjie of Australia's ABC suggest a rather simple solution to the society's problem. Considering there are, in fact, women, who would rather enjoy loud sounds of appreciation from strangers, he suggested women simply strap one of two flags to their clothes, which would clearly signal whether the lady is in the mood or would rather prefer be left alone.

"The flag system will mean misunderstandings are avoided, self-esteem maintained, and the decorous co-mingling of genders perpetuated," he wrote in his 2017 opinion piece.