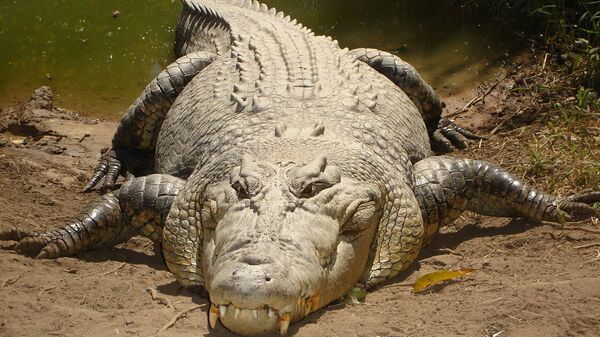 A brave woman managed to emerge from the ocean with only minor injuries after a predatory reptile dragged her below.

A marine biologist named Melissa Cristina Marquez was filming a program for Discovery Channel’s “Shark Week” program in the Cuban archipelago Jardines de la Reina, when she was suddenly attacked by a massive crocodile.

As the biologist later explained, the croc was apparently disoriented by the lights her team was using, bumped into her leg and decided to find out what it was by biting into it.

Wearing a neoprene suit most likely helped too, as it realised I was not intended prey. I DO NOT blame the crocodile or the crew for a second for what happened. It was just a series of unfortunate events that led to an accident that could have happened to anyone.

​According to Marquez, it was the fact that she remained calm despite the gravity of the situation that ultimately saved her.

Also, as the biologist was wearing a neoprene diving suit, she hoped that the reptile would be unable to sense the texture of her flesh under the suit and would therefore decide that she wasn’t anything the creature normally eats.

"At the very last second, it just opened up its jaws and let me go. I didn’t have to fight it or anything. I think it finally realized, 'No, this isn’t what I normally eat. This is a weird texture, it’s not fighting back, etc.' As soon as I realized I wasn’t in its mouth anymore I filled my BCD (buoyancy control device) vest and I shot straight up," Marquez told Jezebel.com website.

Her crew quickly pulled her out of the water and treated her puncture wounds.

"They were very, very clean puncture wounds, just straight up and down. I do sometimes feel a little bit of pain, kind of like a charley horse sort of pain. Other than that, the fact that I literally can walk away from that, after a croc bite puts me in an interesting position as a quote-unquote ‘croc attack survivor,’ but also as a predator scientist," Marguez added.