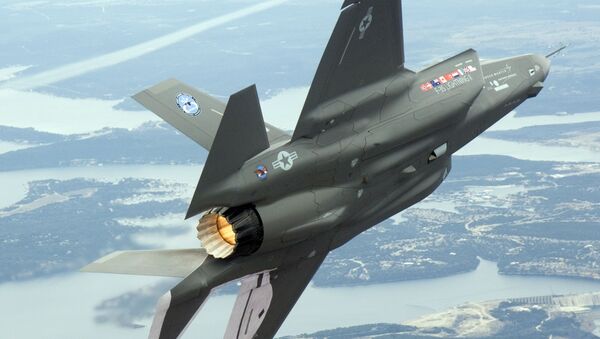 The US Department of Defense is considering reducing the transportation fee placed on arms sales for foreign buyers in an attempt to lower overall costs to its military partners.

The move was unveiled by Lt. Gen. Charles Hooper, the head of the Pentagon's Defense Security Cooperation Agency (DSCA), at the 2018 Farnborough International Airshow on Sunday.

"We're looking at reducing the transportation admin fee," Hooper told Defense News. "The last time we looked at it, the price of oil was relatively high. So we looked at that, and we're going to reduce that."

According to the publication, in line with the Pentagon's Foreign Military Sales program, the DSCA works as an intermediary, handling the procurement, logistics and delivery of products between US defense industry contractors and foreign governments. Foreign buyers are charged a transportation fee which is determined by the cost of oil and the item being sold.

While the final decision to lower fees depends on what the DSCA Comptroller's Office concludes, Hooper told the outlet he has "high confidence that we'll come back with a positive determination so we can lower that fee."

Hooper went on to note that the goal was ultimately to attract more buyers by lowering costs where the department can.

"We want to make our goods more competitive," he said. "We only want to [charge] the management fees that are absolutely necessary to provide a high, above-standard level of service to our partners. Not one penny more. And we want to offer the best equipment in the world at a fair price."

If the move is a success, this would be the second time that the DSCA has cut fees while headed by Hooper. The department previously cut a surcharge on foreign sales of American equipment from 3.5 percent to 3.2 percent in June.

Pentagon to Provide $200Mln to Ukraine in Security Cooperation Funds

Hooper's move comes after it was revealed that the Trump administration has sold more weapons in the last six months than it did in all of 2017. As Sputnik previously reported, Washington has agreed to sell $46.9 billion worth of weapons and military equipment in 2018 thus far.

Although Hooper previously indicated that the uptick was "good" for the US national security, foreign policy and economic security, not everyone is on the same page.

"These exports are bad for national security, bad foreign policy and bad for our economy," Greg Mello, executive director of the Los Alamos Study Group, told Sputnik. "They make the American economy hollow, its politics corrupted, and they often corrupt foreign governments as well, undermining sovereignty and democracy."

Rather than focusing on growing the US military industrial complex, Mello urged US officials to look at "investing in the country."

"We have upside down priorities…. Ours [US defense spending] is rising, and it can't go on like this. Empires die from what they do to themselves from within,"he said.