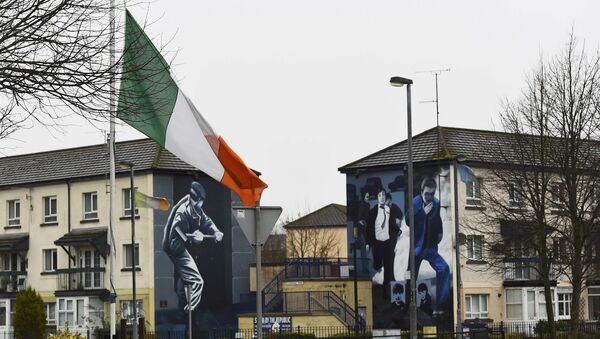 LONDON (Sputnik) - The majority of the UK Supreme Court has dismissed the appeal of the Northern Ireland Human Rights Commission (NIHRC) challenging the country's abortion law, but at the same admitted that the existing legislation violated human rights.

"A majority of the court dismisses the appeal. A majority (Lord Mance, Lord Reed, Lady Black and Lord Lloyd-Jones) concludes that NIHRC does not have the standing to bring these proceedings. As such, the court does not have jurisdiction to make a declaration of incompatibility in this case," the court said.

Meanwhile, four out of seven judges considering the appeal ruled that the Northern Ireland abortion legislation, which allowed the pregnancy's interruption only in cases where the mother's life was at risk, was incompatible with human rights legislation.

Ireland Abortion Referendum 'Historical Result for Irish Women,' Professor Says
The Northern Ireland Human Rights Commission decided to question the compatibility of the country's abortion law, which bans abortions when there is a risk of fetal pathologies and in pregnancies resulting from rape or incest, with the European Convention on Human Rights (ECHR) at the UK Supreme Court in October.