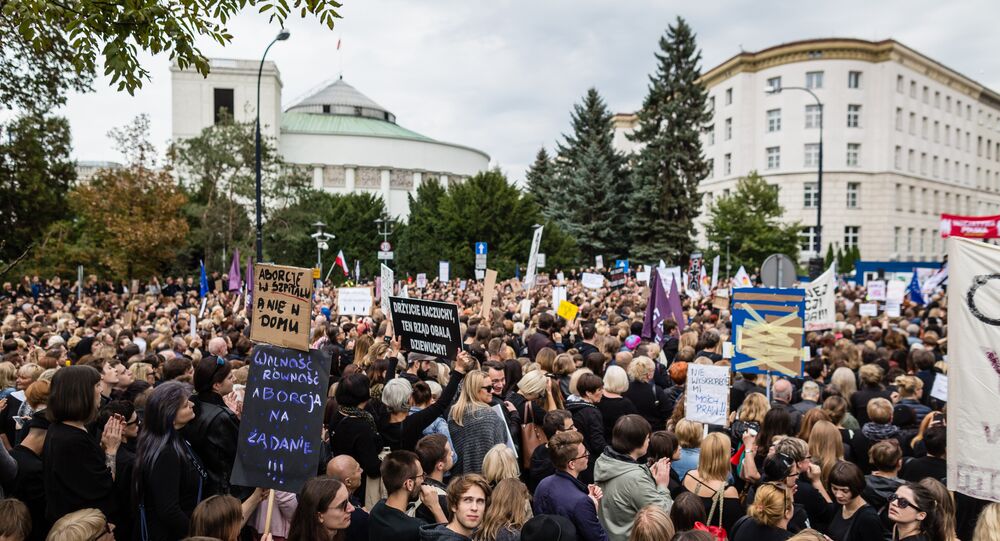 Police have confiscated abortion pills and two mini-robot devices in Northern Ireland after a number of pro-choice campaigners swallowed them. Pressure is growing in Ulster to bring the law into line with the Republic of Ireland, which voted to repeal a ban on abortion at the weekend.

It is illegal in Northern Ireland to even possess the pills and the women could even face life imprisonment under the law as it stands.

They are understood to have been questioned by the Police Service of Northern Ireland (PSNI) but not arrested.

Two mini-robot abortion devices were also been seized by the police after the protest outside Laganside Court in Belfast on Wednesday, May 31.

"Officers recorded footage of the demonstration, the details of a number of participants and have spoken with one of the event organisers. We will be reviewing the footage to determine whether any offences have been committed, but as we are now investigating this matter, we will not be commenting further," said Chief Inspector Stephen McCauley.

Chaotic scenes outside courts in Belfast as police intervene after pro-choice campaigners openly take what they say are abortion pills in an an act of defiance against Northern Ireland’s strict laws on terminations. Anti-abortion activists hold counter demo amid heavy security. pic.twitter.com/XA7b9qSs2g

The protest in Belfast on Thursday, May 31, came as Theresa May's government comes under pressure to introduce new legislation to bring the law in Northern Ireland into line with the rest of the UK.

The Republic of Ireland will drop its Eighth Constitutional Amendment — which bans most abortions — after more than 66 percent voted in favor of the move in a referendum on Friday, May 25.

Terminations had previously only been allowed if the mother's life was in danger, including as a result of suicide.

Mrs. May is under pressure by her Democratic Unionist Party (DUP) allies not to change the law in Northern Ireland.

Some members of her cabinet immediately supported the opposition in calling for new legislation to legalize terminations.

Organisers of pro-Choice rally in Belfast have handed over abortion pills & mini-robot to police. Demonstrators had planned to take pills in public. Police approached organisers beforehand & warned them that if the robot was used to… pic.twitter.com/XdmrdDvlla

At the same time, any attempt to change the abortion law will be strongly opposed by the DUP, the Tories' allies at Westminster, whose members believe that the time has not come for such reforms in Northern Ireland.

The Tories rely on the DUP's votes when it comes to crucial votes on Brexit and if they were to walk out on Mrs. May it would almost certainly mean another general election.