Can Spain Reign in Russia? - And the Fatal Attraction of Isle of Man TT Races 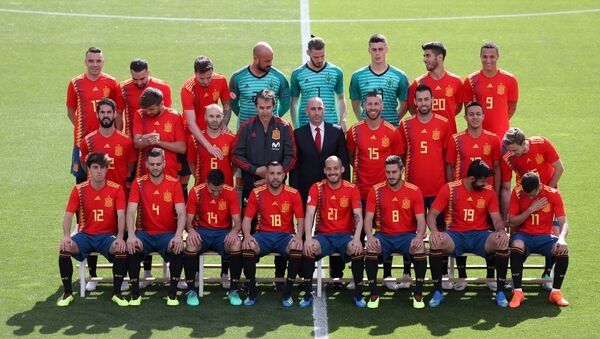 Neil Clark
All materials
You’ve got to risk your life every six months to stay alive, the film director Elia Kazan once observed. He’s likely to have been a fan of the Isle of Man’s famous TT motorcycle races. Since the event’s inception in 1907 over 150 competitors have lost their lives, taking part in what has to be the world’s most dangerous sporting event.

On Monday, 26-year-old Scottish rider Adam Lyon became the second rider to be killed in this year’s TT, following on from the death of Dan Kneen last Wednesday. Another rider, Steve Mercer, remains hospitalised after being badly injured in a collision with a car. Not that 2018 has, up to now, been a particularly bad year for fatal accidents. In 1970 six competitors were killed. In 1978 three died in one day. 23 riders died in the event in the 1970s, 20 in the 1980s. Four riders lost their lives in 2016, three more last year.

Which begs the question: how does the event endure in an era of ‘health and safety?‘ The answer is because people love it.   Riding high-powered motor cycles at very fast speeds along the narrow twisting lanes of the Isle of Man is, for motor cyclists, the ultimate test. Adam Lyon, who died on Monday, said that it had been his ‘dream’ to ride in the event. If the Isle of Man TT was made less of a challenge (and its hard to think how that could be done), it would lose its appeal. Not just for riders- but for spectators too. Over 40,000 attend each year, from all over the world. The camaraderie is tremendous.

Danger has been taken out of other sports- think how safe Formula One has become in recent years- but not out of the TT. Riders have even been killed on the Lap of Honour.

The official website of the event declares: 'There is nothing on Earth quite like the Isle of Man TT Races……The skill, bravery and concentration levels required are immense, with speeds approaching 200mph, and, while difficult to learn and even harder to come first, the rewards for winning on the world famous course are like no other. No other motor-sport event can boast more than 100 years of such illustrious history, rich in tradition and legends, and to have your name inscribed on a TT trophy is to sit with the gods.'

The problem is that to 'sit with the gods',  you have to be prepared to risk your life.

There’s just over a week to go before the start of the first ever World Cup to be held in Russia. Spain, the winners in 2010, face reigning European Champions Portugal in a mouth-watering clash in Sochi on Friday 15th June.

How will La Roja fare?

World Cup 2018: Scotland Yard Orders English Hooligans to Surrender Passports
There’s reasons to believe a lot better than in 2014. For a start defending champions have a poor record in the tournament. No one, in fact has retained the trophy since Pele’s Brazil in 1962. This time there’ll be less pressure on Spain, and their squad looks better balanced than it was in Brazil and indeed in the 2016 Euros. La Liga has shown its supremacy once again this year in European competitions, as Real, who could only finish third at home, won the Champions League and Atletico, who came second behind Barcelona, won the Europa League. Although both teams have star players from other countries, they still have a strong ’home’ contingent.

La Roja have got an excellent mix of experience (the likes of Ramos, Iniesta, Pique) and younger players (Isco, Asensio, Ordriozola), and have what many consider to be the world’s best goalkeeper in David de Gea (notwithstanding his mistake in the draw with Switzerland at the weekend). Spain hardly broke into a sweat when qualifying, dropping their only points in a 1-1 draw in Italy, and only conceded three goals. They’re unbeaten in 19 matches under coach Julen Lopetegui.

READ MORE: Brazil Striker Neymar Happy to Be Back on Pitch, 80% Ready for FIFA World Cup

Of all the groups, Group B could be one where goals are scarcest (Iran and Morocco also have excellent defensive records), but presuming Spain do emerge from it, they would then face either the winner or runner-up of Group A —and you would have to fancy their chances against any of Russia, Saudi Arabia, Egypt or Uruguay- with the latter likely to pose the strongest test. If they do get to the knock-out stages then having David De Gea on your side in the case of a penalty shoot-out can only be a positive. Will Spain reign in Russia? At 13-2 they certainly make plenty of each-way appeal.

The sensational Seventies won't be replicated

There was thrilling finish to the Epsom Derby on Saturday as 16-1 shot Masar, ridden by William Buick, beat 20-1 shot Dee Ex Bee, with Roaring Lion not far away in third. The win was the first success in the race- after many years of trying- for Sheikh Mohammed’s Godolphin operation.
The race was also a reminder (& a very costly one for some), of the dangers of getting carried away with the hype regarding horses in top races who still have plenty to prove.

The Champions League Has Made European Football Too Predictable
Saxon Warrior came into the Derby unbeaten in his four starts, and last time out had won the 2000 Guineas. Some believed he could be unbeatable. He was as short as 3-1 on Saturday to be the first horse since the legendary Nijinsky in 1970 to win the English Triple Crown (2000 Guineas, Derby and St Leger)- three Classics run over three different trips. One punter bet £120K on him to win, despite the horse being drawn in stall one- a berth which has produced no Derby winner this century. The draw certainly did Saxon Warrior- (who went off at  odds of 4-5), no favours- but even when he did get a clear run, he didn’t pick up as well as might have been expected. He was a good Guineas winner no doubt, and remains a very good racehorse. But he’s not the new Nijinsky. Who is?

I doubt that I’ll see another horse win the English Triple Crown in my lifetime. I doubt too that we’ll ever see a horse win the Grand National three times as Red Rum did between 1973-77. I’d also be very  surprised if QPR ever again came within  fifteen minutes from winning the League title, as they did in 1976, or if Carlisle United topped the English football pyramid as they did in August 1974. The Seventies, looking back, was a remarkable decade for sport. Quite how remarkable we probably didn’t realise at the time.