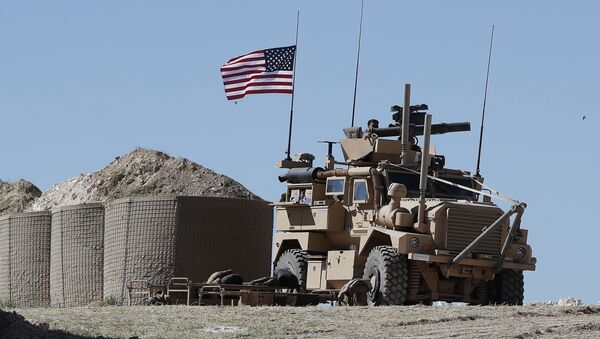 WASHINGTON (Sputnik) - The US-Turkish roadmap to ensure stability in the Syrian city of Manbij will be conditions-based, Department of State spokesperson Heather Nauert said in a press briefing.

"The Secretary endorsed along with the foreign minister of Turkey [Mevlut Cavusoglu] a general roadmap, I want to be clear that this is going to be conditions based," Nauert told reporters on Tuesday. "That means that things can change over time as conditions change on the ground."

Nauert said the US and Turkish governments have arrived at an arrangement to bring stability and self-rule to the area of Manbij.

The US government believes the arrangement will be acceptable to all parties and to the people of Manbij, she added.

US Pressure on Turkey Over S-400, Manbij are Parts of Broader Plan – Observer
Nauert noted that the Syrian Kurdish People’s Protection Units (YPG) have agreed under the arrangement to move their parties east of the Euphrates River.

Earlier on Tuesday, Cavusoglu said the roadmap would include three stages and stipulate that the YPG troops lay down their weapons. Cavusoglu added that the framework of cooperation between Ankara and Washington used in Manbij could later be used in other regions of northern Syria.

US-Turkish relations have suffered a setback amid Ankara's concerns over US support for the YPG, which is viewed by the Turkish authorities as an affiliate of the Kurdistan Workers' Party (PKK), a terrorist organization outlawed in Turkey. Ankara has repeatedly accused Washington of failing to fulfill its promises regarding the withdrawal of the YPG, who seized Manbij from the Daesh terrorist group in June 2016.