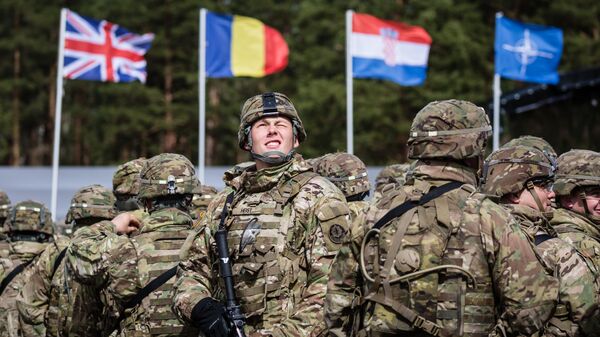 WASHINGTON (Sputnik) - Poland’s request for the United States to establish what would be the first such facility in Eastern Europe is unlikely to achieve consensus within the 29 member NATO alliance because the move would be unnecessarily provocative toward Russia, retired three-star US Army General Ben Hodges said on Monday.

"Many of our allies would see the establishment of a US military base in Poland — or anywhere else in Central or Eastern Europe — as unnecessarily provocative," Hodges wrote in Politico. "It would give Moscow an easy opportunity to claim that NATO is an aggressor and to somehow respond to protect Russian sovereignty."

Establishing a permanent base would require US installations, families, schools, shops and all additional infrastructure, and will be seen by Russia as a violation of the 1997 NATO-Russia Founding Act, the roadmap for security cooperation between the two entities.

"I don’t think it is wise to move ahead with a policy that would feed Russian fears, real or not," Hodges said.

US Reportedly Sets Up Base on Syria-Iraq Border
Moreover, moving an existing base in the United States — likely from the US states of Texas, Colorado or Kansas — to Eastern Europe would encounter a strong resistance from the representatives of those states in Congress.

A better option would be for NATO to expand its present program of rotating US forces, which cycle in and out over limited periods and then return to their home base in the United States, Hodges explained.

Hodges, the Pershing chair in strategic studies at the Center for European Policy Analysis, served as commander of US Army Europe from 2014-17.