Vanishing Charges: Magician David Copperfield Beats One of His Lucky 13 in Court 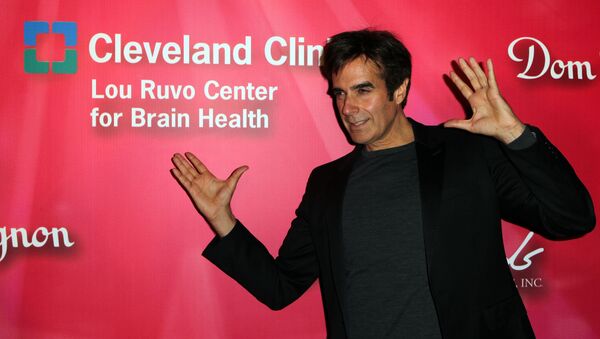 © AP Photo / Jeff Bottari
Subscribe
International
India
Africa
American illusionist David Copperfield has been found negligent but not financially liable for the injuries, suffered by a British tourist during a vanishing act in 2013.

Gavin Cox from Kent in England was held responsible for his own injuries by the jury in Las Vegas, according to the Clark County District Court. Cox took part in Copperfield's signature trick, known as the "vanishing crowd or Lucky 13."

He then claimed to have suffered brain damage after falling into a dark construction zone backstage. A year after that he filed a case against the magician, MGM Grand Hotel and at least three other companies connected to the show.

During the trick Copperfield chooses 13 members of audience at random, who are then placed in a cage that hovers over the stage. The show culminates with the ‘lucky 13' revealed at the back of the room.

After the case was filed, Copperfield's lawyers defended their bid to have a closed trial to avoid leaking secrets of the trick to the general public, which had been denied.

According to the US magician, around 55,000 audience volunteers had taken part in the trick in almost two decades.