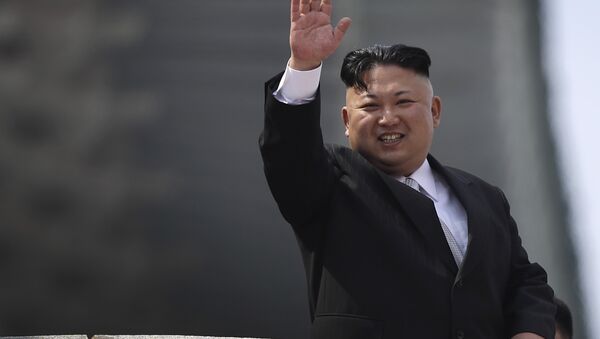 TOKYO (Sputnik) - On Monday a North Korean delegation led by a high-ranking official arrived in Beijing apparently en route to Singapore to discuss preparations for the forthcoming summit between North Korean leader Kim Jong-un and US President Donald Trump that might take place in June, the Yonhap news agency reported.

Diplomatic sources in Beijing have confirmed to the Yonhap agency that the official was Kim Chang-son, the North Korean leader's chief of staff. Pyongyang's delegation is expected to take a flight to Singapore later in the day, the news outlet reported.

The North Korean delegation's visit is reportedly aimed at settling logistics and security issues relating to holding the summit in Singapore.

The meeting between Kim and Trump was initially set for June 12.

No Need for the Alarm: Former Russian Envoy to South Korea on Trump-Kim Meeting
On Thursday, the US president said in a letter to Kim that it would be "inappropriate" to hold the meeting at this time, adding that he was looking forward to meeting with the North Korean leader "some day."

The day following Trump's initial announcement, the US president then indicated that he might yet meet the North Korean leader as scheduled or postpone the summit.

The whole de-nuclearization agenda was jeopardized last week, as North Korea decided to cancel ministerial-level negotiations with the South and cast doubt on the rationality of holding the forthcoming summit with the United States in light of the start of the South Korean-US Max Thunder drills.