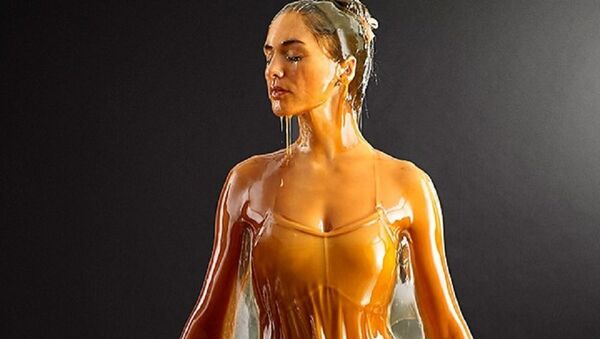 © Photo : blakelittlephoto / instagram
Subscribe
American artist Blake Little is known for being a celebrity portrait photographer, but recently he has started conducting experiments with human bodies and various mediums that give the effect of a “sculpture” to his work.

Photographer Blake Little from Los Angeles has created a series of unusual photographs in which models were covered head to toe in sticky-sweet honey, creating an illusion that people were almost amber-preserved.

Blake’s photography project is called “Preservation,” as any living organism which is covered with amber can remain unchanged for up to 230 million years.

Models of different ages and physiques took part in the project. Models ranged from babies to elderly people, from lean to overweight.

The images look frozen in place, evoking sensuality and drama. The models’ positions and limbs were appeared exaggerated by the sticky material covering them.

The main purpose of the photographer was to show how flexible and unique the curves of the human body can be, regardless of age, size or shape.

According to Blake, when the body is covered in honey, it changes beyond recognition, acquiring new visual qualities.

The photographer used up to two tons of honey for his photographs.

000000
Popular comments
Human stupidity and arrogance at its best. Bees keep disappearing all over the world, so why not waste the product they've been working so hard for?