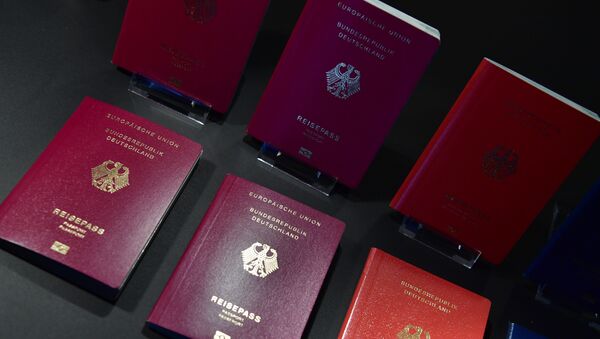 A significant number of German residents, many of whom hold citizenship, have traveled to Syria and Iraq to support various terrorist organizations there over the last years, with many of them now returning. Politicians believe that they may pose a threat to German citizens.

The German media group Funke reported on May 20 that Berlin is aware of more than 1,000 German residents, who have left for Syria and Iraq, since the war broke out several years ago, in order to support various terrorist groups. More than half of them have German citizenship. 243 of them left Germany to support the Kurdistan Workers' Party (PKK, considered a terrorist group in Germany) and the Kurdish Democratic Union Party (PYD) in in their battle against Daesh*. According to the media report, the government revealed the numbers while answering questions from parliamentary representatives of the Left Party.

The number of those who left Germany to fight with terrorist groups is still growing, but slower than 2-3 years ago, the German government said. Some of them are beginning to return to Germany.

The government also revealed that, in accordance with coalition agreements between the CDU/CSU and the SPD parties, a mechanism will be developed aimed at stripping those returning from Syria and Iraq of German citizenship, if evidence of ties with terrorists is found.

Left Party representative Ulla Jelpke slammed the initiative as "unconstitutional" and reminded that it could affect those who fought alongside with Kurds against Daesh*. SPD representative Uli Grötsch also criticized the idea as ineffective, saying that prosecution and de-radicalization are required to solve the domestic terrorism problem. At the same time, the domestic affairs expert of the CDU party noted that the measure will allow authorities to prevent potential jihadist terrorists already at the German border.