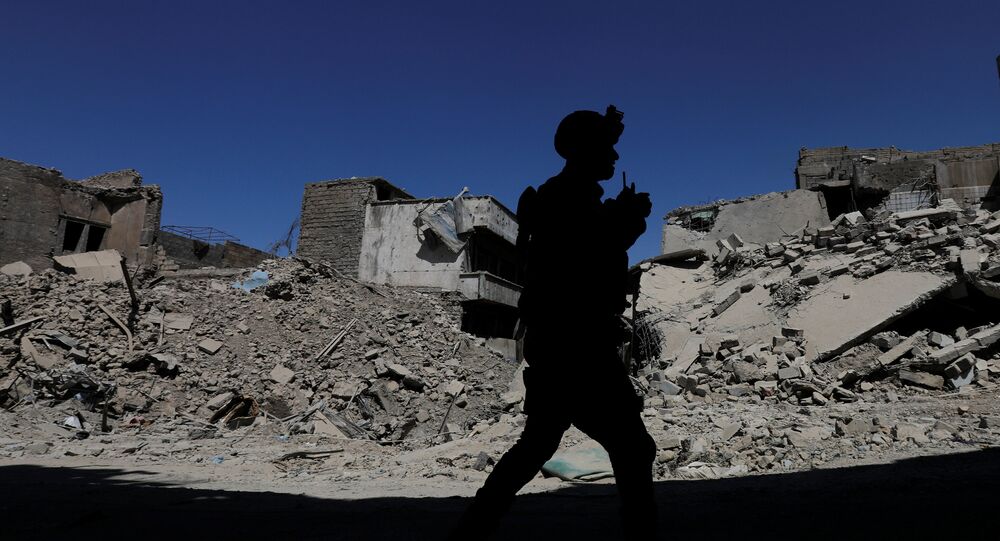 BAGHDAD (Sputnik) - Iraqi authorities have detained eight women from Germany on suspicion of participation in the activities of the Daesh (outlawed in Russia) terrorist group, sources familiar with the matter told Sputnik.

"Seven women with German nationality have been detained and are currently in the prisons of the Baghdad province. One more woman has been sent to a prison of the [northern Iraqi] Erbil province," the sources said.

According to the sources, the detained women are accused of illegally crossing the Iraqi border and participation in Daesh-related activities. The investigation into the cases of the German nationals is still in progress.

Iraqi authorities announced the Daesh terror group's defeat in the country on December 9, 2017, following a years-long operation against the terrorists, resulting in the liberation of Mosul, country's second city and the capital of Daesh's self-proclaimed caliphate, on July 10.

About 30,000 troops from the Iraqi Armed Forces, Kurdish Peshmerga fighters and Shia militias were participating in the Mosul liberation operation, started in October 2016.

The country fell into Daesh hands in June 2014, when the terror group started quickly seizing the country's territory throughout that year. However, slowly but surely, they have been pushed back.