German Gov’t Wants to Support US More, But Germans Are Against War – MP 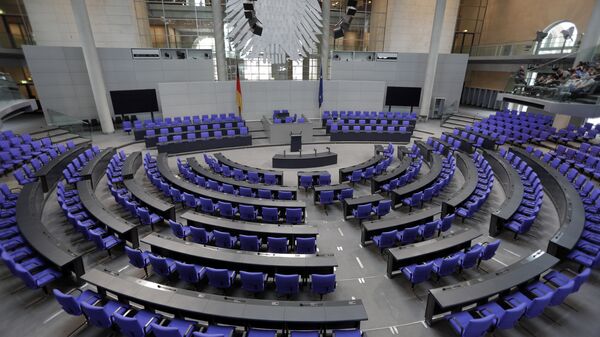 © AP Photo / Michael Sohn
Subscribe
International
India
Africa
An independent German parliamentary report has established that the joint attack by the US, UK and France on Syria violated international law. Radio Sputnik discussed this with Dr. Alexander Neu, a member of the German Bundestag from the left-wing Die Linke party.

Sputnik: How would you characterize the government's response to the events in Syria?

Sputnik: What is the mood really in government and among the people? What are you hearing, do Germans on the streets support Angela Merkel in her opinion of favoring their strikes but not taking part, would they like to see a more aggressive stance on and perhaps participation in the Syrian airstrikes?

Sputnik: Who is pressuring the German government? Is it the US?

Dr. Alexander Neu: There are different things. Of course the United States is pressuring all the time that Germany needs to do more, Great Britain, France. But there's another thing. The German government would like to do more, to be a real international player, a big player they are looking for, but they're not able to do it because of the behavior of the German society. Germans don't want to have war and they don't want to be aggressive to the outside world. This is the difference between the German society and the German politics.

Sputnik: Still you have the West that's accusing Syria of international breaches of law. The thought is that they should be held accountable for their actions.

Sputnik: Is that a widespread though in Germany?

Sputnik: In the international arena we also have the situation when we have this lame duck UN Security Council where nobody can agree and no steps can be taken against anybody. Do you see any sort of change in the way that responsibility is taken and the way that nations who are in breach of international law are dealt with in the future?

Dr. Alexander Neu: As long as two states are permanent members of the UN Security Council, as long as two states will use their veto there's no chance to reform or to change the situation. This means we will see in the near future the same behavior.