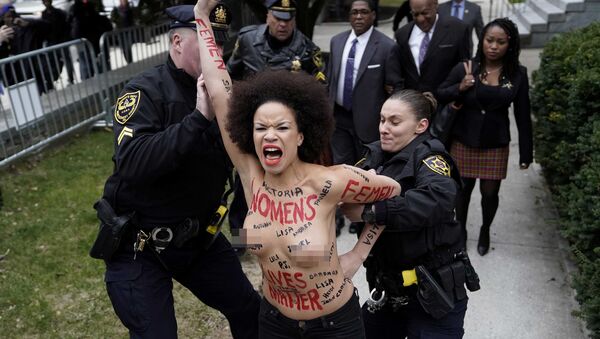 A woman was among several people screaming in support of the actor's accuser next to the Montgomery County Courthouse in Norristown, Pennsylvania.

The woman, who has been identified as a New Jersey woman who appeared on several episodes of "The Cosby Show", leaped over a barricade and ran at actor Bill Cosby while he was on his way from the car into the Montgomery County Courthouse in Norristown, Pennsylvania. The woman, with the words "Women's Lives Matter," "Cosby rapist" and "semen" written all over her body, was quickly tackled by the sheriff's deputies, who quickly took her into custody in handcuffs. Bill Cosby has been accused of drugging and raping over 40 women. The 80-year-old comedian faces up to 10 years in prison.