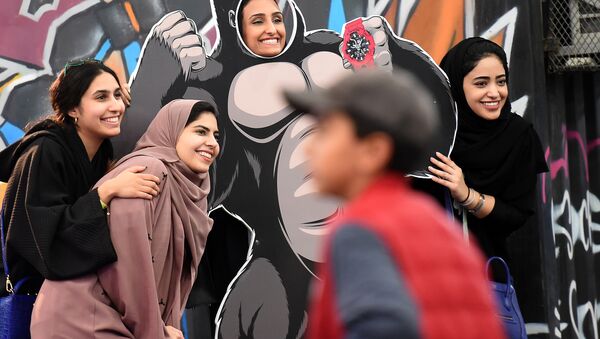 In a landmark move for Saudi Arabia, Crown Prince Mohammad Bin Salman has granted the nation's women the right to choose on their own whether to wear traditional abayas and hijabs or not. Earlier, he'd granted them permission to ride bikes and drive. However, they still can't travel without men or marry without their fathers' blessing.

Sputnik looks at one of the most religious countries in the world and asks if change is in the air.

'Nobody Cares What Women Think About It'

Fatima al-Isa is a Master’s student and a teacher of Arabic from Mecca. She considers herself a feminist and is writing a blog dedicated to women’s rights. But she is forced to wear traditional attire, as society forbids her to do otherwise.

"I have grown up in a conservative Islamic environment, and nobody has ever cared about what I think about the abaya [a traditional floor-length woman's dress with long sleeves]. This clothing item is almost sacred," Fatima said. 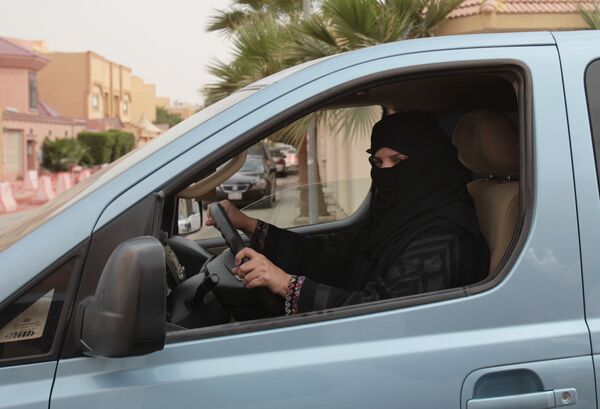 "The trouble is that the authorities can’t and won’t ever meddle in families and won’t protect those who go against relatives’ will. So, it’s all talks, so far. Parents and husbands continue to make women dress in a conservative way. There was recently a much-debated story of a girl being detained for not wearing an abaya."

Many of Fatima’s friends and acquaintances would also prefer to wear secular clothes, but they are afraid even to talk about it.

The position of women in Saudi Arabia is often referred to as "gender apartheid." Recently-granted liberties include official permission to drive cars and ride bikes, attend sporting events and sit among men in stadium stands as well as attend the Consultative Assembly of Saudi Arabia, but these are just a drop in the bucket. They still lack the right to sign a marriage certificate on their own, divorce of their own initiative and retain custody of children after a divorce.

In Saudi Arabia every woman has a guardian – a father, a brother, a husband or a son, who makes important decisions for her. Without his consent, a woman can’t travel abroad to work or study, or rent an apartment. It’s problematic even to open a bank account or start your own business without that.

"It’s a real tragedy. Men have enslaved women, and it is stipulated by the legislation."

According to her, one of the most crucial issues, which remains unresolved, is domestic violence. There are even instructive videos and books circulating on the internet in which the Saudi religious authorities teach how to beat wives and force "the right" type of behavior upon her.

Renowned human rights campaigner Suad ash-Shammari from Jiddah has spoken out against women’s guardianship. She then found herself locked behind bars for several months, having been charged with "humiliating Islam." She has since been rejected formal employment, and her family is subjected to constant bullying. Even her children are laughed at.

'I Wear It With Pride'

There are, however, those who oppose the kingdom's modest steps towards more liberty, even among women, especially elderly ones. Huda ash-Shahri from Al-Namas, a housewife and mother in a big family, is quite happy about her life. She is certain that local traditions do not in any way limit freedom of personality. 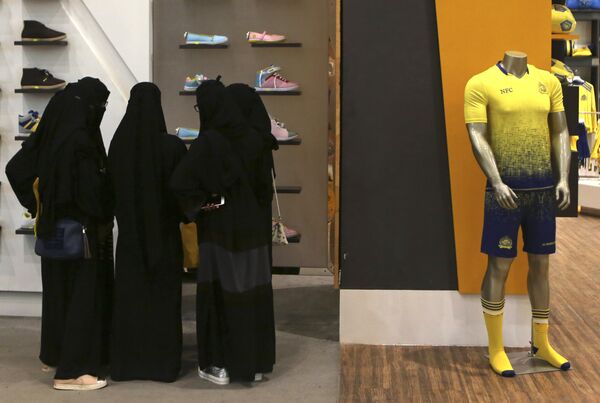 "I personally wear an abaya with pride, obeying the commandments of the Lord. An abaya does not necessarily have to be black, although a black one is the most traditional one, which was worn by our ancestors. The abaya can essentially be of any color and shade. I believe it is a necessary part of an outfit, as the looks should be modest and decent, with the face and body covered up."

'Improve Wahhabis’ Image in the West'

"The Prince’s statements were nothing more than the expressions of his own opinion. There is no talk about the government’s decision or anything like that. And moreover, in this particular case, there is no way the government can intrude into the private sphere. So, it is merely a point of view," Majed Al-Turki, councilor of the Saudi Minister of Islamic Affairs, told Sputnik.

He went on to say that the point of view raises much controversy, as Saudi society is now deeply engaged in debates over it. Not even women universally approve of the new trends. "There are so-called female activists, but it’s a tiny part of the society. Many live abroad and have little idea what life is like here."

Al-Turki said that many Saudi women are outraged with all these propositions and believe that "the Saudi society is already lending them all the possible support."

"It’s a woman’s business – to wear a hijab or not. Many women in the West wear it with pleasure, although they are not forced into it," said Lale Bahtiyar, a writer and author of the first "feminist" translation of The Quran. He thinks that the Saudi Crown Prince’s statements are more likely aimed at creating a favorable image of the Wahhabi kingdom in the West, than at delivering real changes.