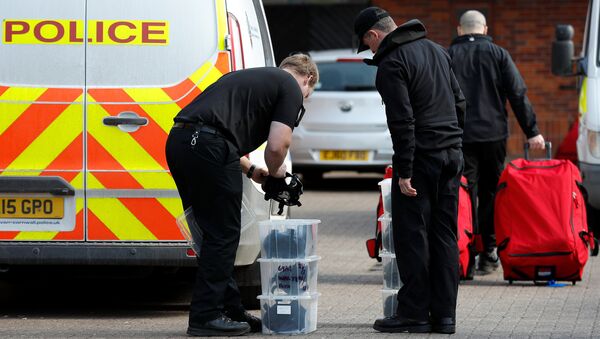 © REUTERS / Peter Nicholls
Subscribe
International
India
Africa
MOSCOW (Sputnik) - Ahmet Uzumcu, the Director-General of the Organisation for the Prohibition of Chemical Weapons, said Wednesday that the results of the sample analyses of the substance used to poison former Russian spy Sergei Skripal and his daughter in the United Kingdom, were expected to be received by early next week.

"The results of the sample analyses are expected to be received by early next week. Once the results of the analyses of the samples are received, the Secretariat will produce a report on the basis of these results and will transmit a copy of this report to the United Kingdom. The report will reflect the findings of the designated laboratories. Access of other States Parties to the report will be subject to the agreement of the United Kingdom, pursuant to the Confidentiality Annex of the Convention, the OPCW Policy on Confidentiality, and the consistent practice in relation to other technical assistance visits," Uzumcu told the organization’s executive council as quoted by the OPCW.

According to Uzumcu, the United Kingdom has expressed its wish to be "as transparent as possible" and has already indicated its preference to disclose report to other states parties of the OPCW.

Russian Envoy: OPCW Has no Authority to Probe 'Skripal Case'
The organization’s experts collected environmental samples from locations visited by the victims, as well as biomedical samples from the Skripals and a police officer exposed to the substance.

The Skripals were found unconscious in a shopping mall in the UK city of Salisbury on March 4. According to the UK experts, they were exposed to a nerve agent that belongs to a group of USSR-developed chemical weapons.

London has stated that it was "highly likely" that Moscow was behind the attack. Russia has strongly rejected the accusations and has repeatedly offered assistance in the investigation.