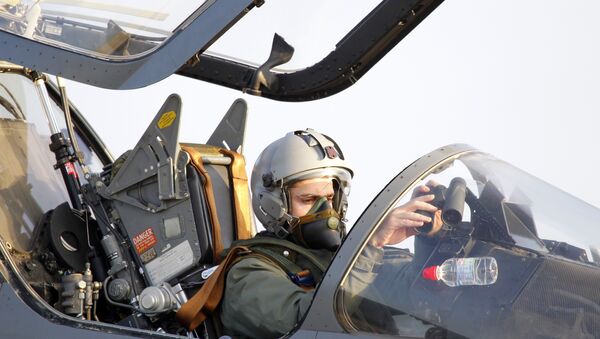 Did Nicolas Sarkozy initiate the intervention in Libya in order to cover up his election campaign funding? A Tunisian journalist tells Sputnik France that there is no evidence for now, but if it is proven, it means that Sarkozy embroiled the army in the war for personal gain.

The former French president has recently made headlines as he was charged with “passive bribery, illegal election campaign financing and the concealment of Libyan public funds.” Yassen Zenati, former head of the Middle East and North Africa Department in AFP, explains to Sputnik that there are two sides to the story: beyond the legal dimension, there is also a political rationale.

Many wonder whether Sarkozy ordered the beginning of a military intervention in Libya to cover up the case and to erase any trace that could possibly lead back to him; Zenati clarified that there were many uncertainties in the story.

“We don’t know why he could have done that. Maybe, the Libyans blackmailed him before the ‘Arab spring,’ which evolved into a war against the regime, broke out in the country. Maybe there was another reason. These assumptions are not proven yet; many people work on that version. But if it is true, it means that the president sent French troops to Libya for personal gain, which is a very, very serious accusation," the journalist says.

What is Known so Far?

The investigation started several years ago after a publication in the media, followed by a statement made by Ziad Takieddine, a French-Libyan mediator, “who knew Gaddafi [former Libyan leader Muammar Gaddafi] well, who had ties with Sarkozy and his inner circle.”

“Ziad Takieddine claims that he brought three suitcases with money from Libya: he delivered the first suitcase with 1.5 million euros to Sarkozy’s Chief of Staff Claude Guéant; the second suitcase with 2 million euros was for Sarkozy himself, who was at the time Minister of the Interior; as for the third case with 1.5 million euros, he gave it to both of them at the same time. Sarkozy says that it’s a lie, that Ziad Takieddine never gave him anything like that, explaining such statements as the mediator’s hostility towards him and his inner circle,” Zenati says.

Following these revelations, former head of Libyan intelligence Abdullah al Senussi claimed that he was aware that Gaddafi had transferred money to Sarkozy.

“But Sarkozy argues that Senoussi was condemned for complicity in a terrorist attack on a plane over the Ténéré desert [ in 1989], south of Libya, which had claimed lives of many people, and that he was trying to get his revenge that way,” Zenati adds.

According to the AFP journalist, another statement was made by Bechir Salah, former Chief of Staff to Gaddafi, who claimed that he was aware of the case.

Furthermore, Zenati reveals another piece of evidence: Libya’s former Prime Minister Chokri Ghanem used to write down all sums and details of conversations in his notebook.

“Mr. Ghanem died under suspicious circumstances somewhere in Romania, I think, or Hungary. He drowned in dubious circumstances. French judicial officials managed to get hold of his notes, which gave occasion to interrogate Sarkozy,” Zenati explains.

It is unknown whether the French court has any other proof, although a very important witness is yet to be questioned, namely Alexandre Djouhri, another mediator between Sarkozy and Gaddafi.

“Djouhri was arrested in London at France’s request, and now France is demanding his extradition [to question him]. When he is extradited and interrogated, we will learn whether there are new details in this extremely complicated and inextricable case, which is starting to look more like a detective novel,” Zenati concluded.

According to the prosecution, Nicolas Sarkozy took about 50 million euros from the former Libyan leader Muammar Gaddafi ahead of the 2007 presidential election; Sarkozy has denied the charges brought against him.