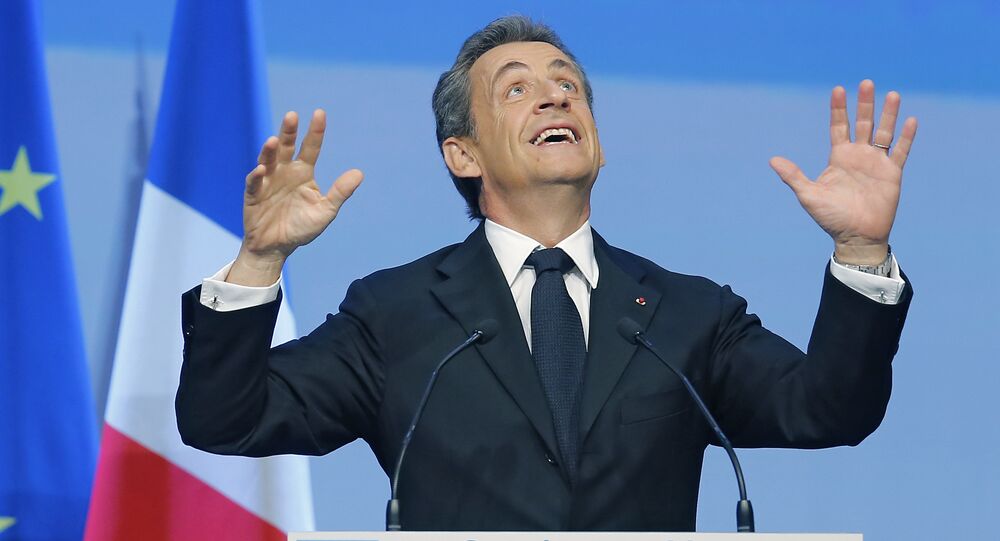 Nicolas Sarkozy; the former President Of France has been placed under formal investigation regarding alleged illicit Libyan funding stemming from the Gaddafi era.

The proceedings mark a fall from grace for Sarkozy; who as recently as 2016 year had a failed attempt to run for office once again as a candidate for the French centre-right, before losing at the primaries, dashing his hopes of a comeback to the post he lost to Francois Hollande in 2012. Sputnik spoke with Paul Smith; Professor Of French studies at the University Of Nottingham for more.
Sputnik: Is Sarkozy likely to be convicted of receiving funding from Gaddafi and what was the nature of his relationship with the former Libyan leader?

Paul Smith: I think it’s too early to tell if Sarkozy will be found guilty. The nature of the relationship goes back to 2004, when Libya ceased to be a pariah state and was re-embraced by the international community by the UN and by French President Jacques Chirac.

Sarkozy was the interior minister then and both he and his close allies were contacted by people in Libya, largely to do with contracts for equipment and weapons. They certainly didn’t meet directly with Gaddafi but through intermediaries and it would appear that this is how the relationship started.

Sputnik: What is the French perception of intervention in Libya; does the public and current government view it as a success or a failure?

Paul Smith: The public and current government view it as something that was necessary at the time,  it was sanctioned by the UN and it wasn’t just the French that went into Libya. Certainly now looking back at it and observing the current state is not particularly stable,  most French people would feel that the end-game was mishandled.

Sputnik: Assuming Sarkozy is found not guilty; could he run again for president?

Paul Smith: No. The centre-right factions of French politics were breathing a sigh of relief when he was eliminated in the first round of the primaries in 2016. This signalled the end of his political career in terms of running for office. Right ring voters did the party a favour when they cast him aside as it were.