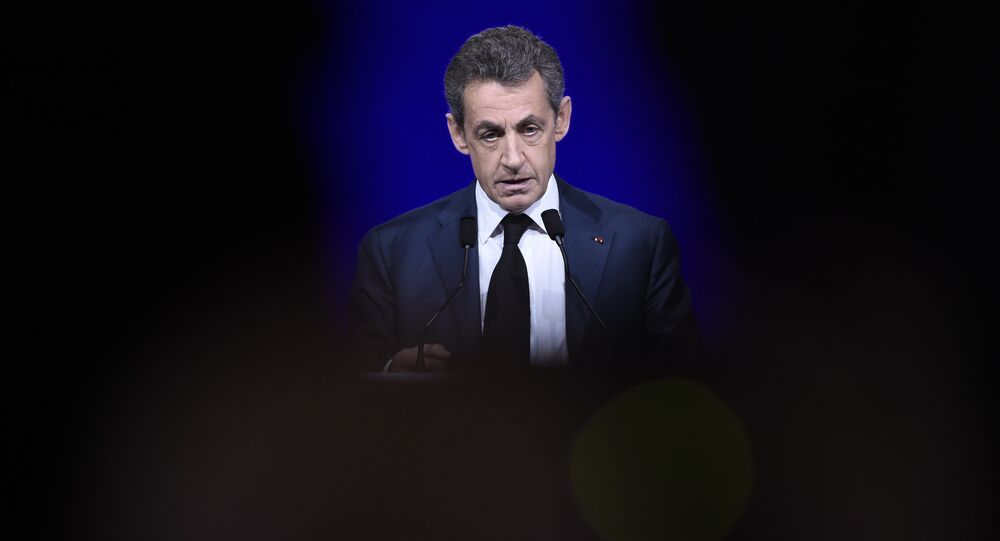 Thierry Herzog, the lawyer of former French president Nicolas Sarkozy charged for the illicit financing of his 2007 presidential campaign, said on Friday that he would contest judicial supervision of his client.

"In France, a double legal jurisdiction exists. We have right to file an appeal. I will appeal the judicial supervision and we will see what the Investigating Chamber of the Paris Court of Appeals would say," Herzog told the RTL broadcaster.

On Thursday, French BFMTV broadcaster reported that Nicolas Sarkozy was banned from visiting Libya due to the judicial supervision that had been put upon him within the ongoing investigation into the financing of his 2007 presidential campaign.

BFMTV reported further that Sarkozy was banned from meeting other defendants within the case, including former Chief of Staff Claude Gueant.

The former French president, who was detained in Nantre on Tuesday and then put under judicial supervision has been charged with "passive bribery, illegal election campaign financing and the concealment of Libyan public funds."

After a 25-hour-long interrogation, Sarkozy appeared on French TF1 broadcaster, saying that he hadn't received any notifications.

"They just called me and said that I was taken ito custody beginning 8:00 a.m. Mediapart news outlet got this information 10 minutes later," Sarkozy said.

"I've come here not to talk about politics. I've come to share my indignations with the French people. I have to tell them the truth: I've never betrayed their confidence…I want them to know, what is going on," Sarkozy said during his speech at the TF1.

At the same time, commenting on the Sarkozy's speech, Edwy Plenel, a president and co-founder of French investigative outlet Mediapart said that it did not publish a fake document tying the former French president to the Libyan government's funding, contrary to Sarkozy's claims.

"Sarkozy lied yesterday on TF1 [broadcaster] saying that the Libyan note revealed by Mediapart in 2012 was 'a document recognized by the law as fake.' The legal system has said the opposite, twice, backing its authenticity," Plenel said on Twitter. ‏

© AP Photo / Christophe Ena
Le Pen: Sarkozy is Guilty… of Destroying Libya, Creating Refugee Crisis
According to the prosecution, Sarkozy reportedly took about 50 million euro from the former Libyan leader Muammar Gaddafi ahead of the 2007 presidential elections. However, Nicolas Sarkozy denied the charges brought against him. Most recently, the former French president denounced the lack of "physical evidence" in his case, as cited by local media.

In 2011 Gaddafi ‘s son publicly claimed the French president should admit he took money from the Libyan government. A criminal case was opened in 2012, but the investigation had been suspended until 2017, when the judge brought preliminary charges against the former president, stating that prosecutors had enough evidence to start the criminal process.