Russia to Hold Additional Competitions for Paralympians This Year - Putin 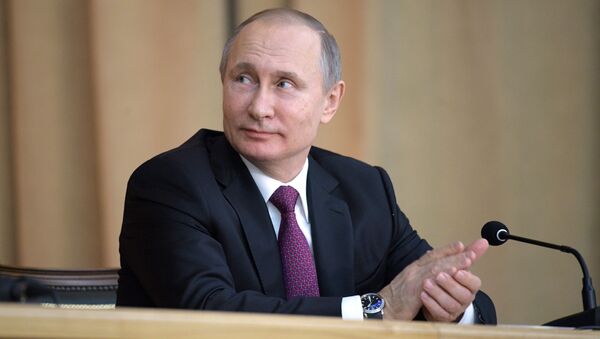 “We will hold a number of competitions with a special status for the Paralympians this year and, of course, the prize money for winners will be comparable with the payments to medalists of the Winter Olympic Games in Pyeongchang,” Putin said at a meeting with Russian Paralympians.

The president stressed that Russia would do everything possible to support Paralympians, who could not attend the Pyeongchang Games. He also noted that the emotional pressure had not affected the performance of those athletes who had taken part in the Paralympics.

“These days, when world sports, including the Paralympic, are going through difficult times, your unique character, the ability to take a punch and winner's attitude with which you go through life, manifested themselves with particular intensity [at the Paralympics],” Putin said.

About 650 athletes from 48 national Olympic Committees, including 30 neutral Paralympic athletes from Russia participated in the Games.

In 2016, following the publication of the report of the WADA independent commission, headed by Richard McLaren, on Russia's alleged involvement in doping, the International Paralympic Committee suspended the membership of the Russian Paralympic Committee and announced a ban on Russia's Paralympic athletes from the 2016 Summer and possibly 2018 Winter Paralympics. In late January, the IPC prolonged the suspension of the RPC but allowed the participation of Russian athletes in the Games under a neutral flag.