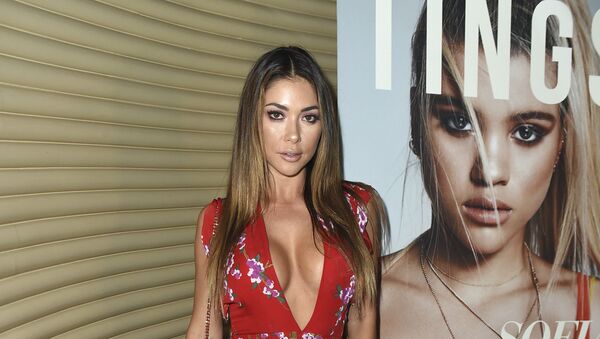 Arianny Celeste is an American model, ring girl and a TV show host. Her Instagram pictures will leave many drooling.

The 32 year-old beauty is known as one of the most regular personalities of the UFC where she has worked as an Octagon Girl since 2006.

Her exotic beauty which is due to her Mexican and Philippine descent has earned her a big name in the modeling and hosting industry.

The gorgeous girl was also a co-host of a popular Velocity TV show called Overhaulin’.

Arianny was born in Las Vegas, Nevada and since a young age she was very athletic, enjoying gymnastics and dance.

She later attended University of Nevada Las Vegas to pursue a degree in Fitness Management and Nutrition.

The sexy brunette has graced the covers of famous magazines such as Playboy, Maxim US, FHM, Maxim Philippines, FHM Australia and UFC Magazine.

Maxim magazine voted her "The Hottest UFC Octagon Girl" in the May 2010 issue where she was featured as the cover model.

She keeps her body fit by regularly exercising and eating healthy. Arianny shares her fitness tips with her fans through her blog.