Pyongyang Agrees to Summit With Seoul, Pledges to Stop Sabre-Rattling 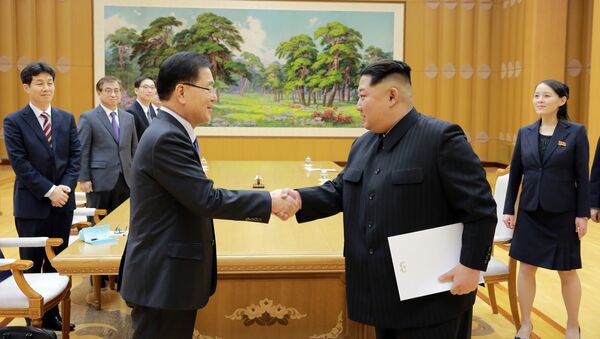 The South Korean envoy who has returned from a trip to Pyongyang has said that a telephone "hotline" will be established between the leaders of the two Koreas; the first phone conversation is expected to take place before the beginning of the summit.

The envoy said Tuesday following the meeting with North Korean leader Kim Jong Un in Pyongyang that the two countries had agreed to hold a summit in April.

"The South and the North agreed to hold the third summit at… the Panmunjom in late April," Chung Eui-yong, national security adviser to South Korean President Moon Jae-In, said in reference to the village south of the Korean border. 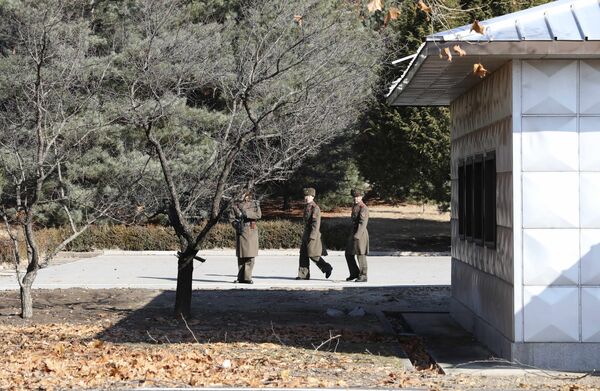 The North Korean leadership has also expressed willingness to start a dialogue with the United States in order to normalize bilateral ties and kick off consultations on denuclearization, according to Chung Eui-yong.

We Won’t ‘Beg for Dialogue’: North Korea Rules Out Talks With US Preconditions
Kim Jong-un allegedly described the denuclearization as a "covenant of ancients" and added that Pyongyang has no other preconditions for the start of the talks other than "sincere" to have the DPRK as a negotiation partner.

North Korea has reaffirmed the commitment of using neither nuclear nor conventional weapons against the South in exchange for security guarantees.

The relations between the Koreas have thawed in recent months with the states resuming the talks and the North sending its athletes and a delegation to the 2018 Pyeongchang Winter Olympics. The two states agreed that the national teams would march together under a "unification flag" at the opening ceremony.