Is Italy Headed for Its Own EU-Membership Vote? 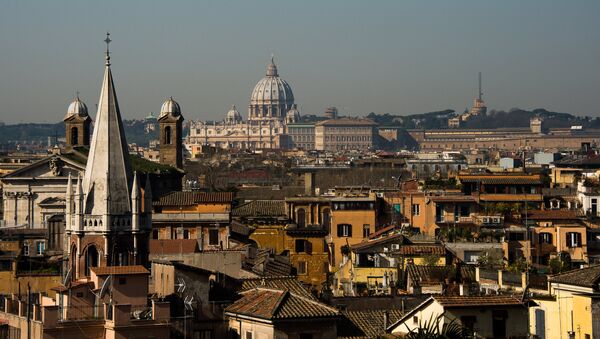 In recent years Italy has had the highest level of antipathy to Brussels of any EU country.

The long-anticipated triumph of right-wing and populist parties in Italy's elections has charged fears by many across Europe that Italy could be the next member state after the United Kingdom to hold a referendum on its membership of the European Union.

Polling has shown the Italian public to be the most Eurosceptic of any country in the European Union with nearly 60 percent of respondents professing to hold a negative view of Brussels in 2016.

Euroscepticism is still high in Italy, the Czech Republic and Greece. It is now also catching up in Hungary, Austria and Poland. In post-communist countries, the recent process of EU integration created a mismatch between high expectations and low delivery

​The leader of the right-wing League Party, Matteo Salvini is now touted as the likely next Prime Minister of Italy. Mr. Salvini has repeatedly advocated for refugees who have arrived from North Africa to be deported en-masse from the country.

“The immigration policies and economic sacrifices imposed by the European Union have been a disaster”, says Lega Nord leader and potentially the next Italian prime minister, Matteo Salvini.

There is a big difference between Euroscepticism, which is what you have in Italy, and Europhobia which seems to have taken root here. M5S want to reform from inside and M5S have active MEP's (unlike the pub hooligans of UKIP). Nobody in Italy really wants the Lira back.

​​The populist Five Star Movement appears to be the largest party in the new Parliament but however forms Government will need to enter into coalition with more traditional center-right parties such as the Forza Italia party of long-time Prime Minister Silvio Berlusconi.

Mr. Salvini has also built a political platform based on challenging the clout of Brussels and defying policies decided by the two European heavy-weights of Germany and France. Lega Nord and other right-wing Italian parties have also encouraged Italy to abandon the euro-currency. The party has however so far stopped short of calling for Italy to exit the European Union altogether.

Yes it absolutely is up to the Italian people. I know about the situation in Italy as one of my best friends is from the southern parts of the country. It does have many forms & is undoubtedly on the rise in Italy. I know you hate euroscepticism & Brexit, but it's now the reality