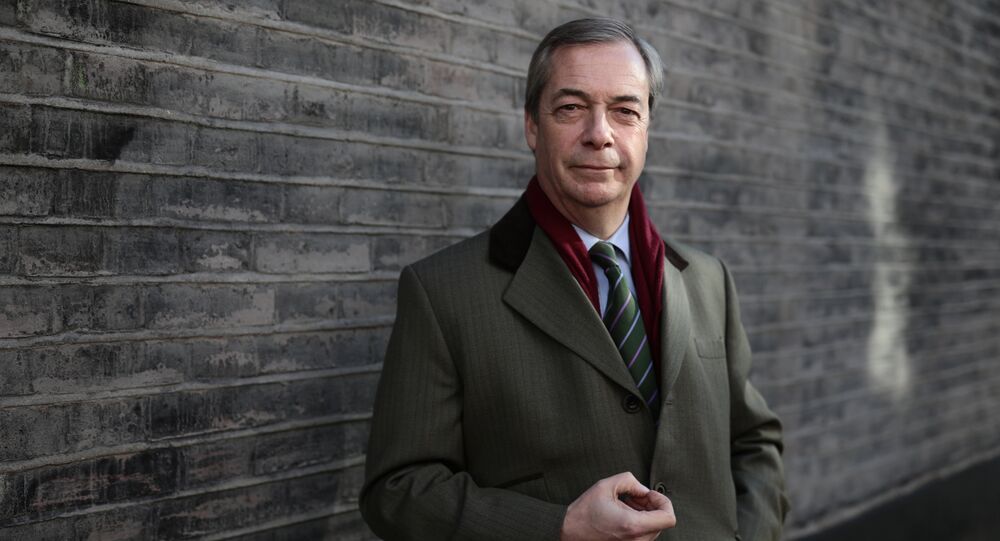 The former UKIP leader and one of the architects of Brexit offered his congratulations to Italy's euroskeptic party in light of its reported success in the elections last week.

British right-wing politician Nigel Farage praised Italy’s Five Star Movement, which, according to the projections on a partial vote count, is expected to become the largest single party in the Italian parliament.

"Congratulations to my colleagues in the European Parliament @Mov5Stelle for topping the poll tonight," tweeted the man who was the driving force behind Britain’s secession from the European Union.

Congratulations to my colleagues in the European Parliament @Mov5Stelle for topping the poll tonight.

​The Five Star Movement was established in 2009 by popular comedian Beppe Grillo and web strategist Gianroberto Casaleggio. The party styles itself as the embodiment of the spirit of protest against Italy’s political establishment, and its leader Luigi Di Maio earlier called for deportations of illegal migrants from the country and putting “Italians First.”

© Sputnik / Natalia Seliverstova
A Handful of Scenarios for Italian Coalition Gov't Following Elections – Analyst
The Five Star Movement, along with the UKIP, is also a part of the Euroskeptic group in the European Parliament called Europe of Freedom and Direct Democracy.

Post-election reports which had been issued by the Italian Interior Ministry, however, suggested that the Five Star Movement could earn about 31.2 percent of votes, and be outperformed by the country's center-right coalition — comprised of former Prime Minister Silvio Berlusconi's Forza Italia, the far-right Matteo Salvini's Lega (formerly Lega Nord),the right-wing Brothers of Italy and a small party, Us with Italy, which together are estimated to get 37 percent of votes.

The results of exit-polls also suggest that the coalition is unlikely to get an absolute majority of seats in any of the parliament’s chambers.

At the same time, Deputy Secretary of the ruling Italian Democratic Party Maurizio Martina has already admitted his party’s failure at the elections, describing it as "a visible, clear and obvious defeat."