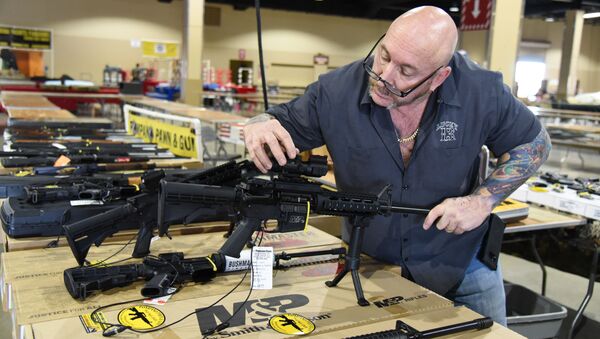 State senators in Florida had imposed a ban on the sale of semi-automatic rifles like the one used during the February 14 school shooting spree; the ban lasted all of 15 minutes before it was swiftly rescinded by the very people who passed it in the first place.

The sales of AR-15 semi-automatic rifles in the state of Florida were nearly subjected to a two-year long moratorium when the state legislators first adopted the ban, before scrapping it almost immediately, the Tampa Bay Times reports.

The motion was passed during an "unrecorded voice vote in which senators shouted yea or nay." However, even though the senate president ruled that the amendment had passed, it was reconsidered and overturned in 15 minutes via a 21-17 roll call vote.

As the Hill points out, each ‘no’ vote was cast by a Republican senator.

Theatre of the absurd — except no playwright could dream up this stuff!

​The voting took place during debates on SB 7026, a bill brought forward by the state legislators in response to the deadly February 14 shooting at Marjory Stoneman Douglas High School, which rocked Florida and claimed the lives of 17.

This development did not sit well with a number of people who did not hesitate to express their emotions via Twitter.

Marjory Stoneman Douglas survivor Cameron Kasky also appeared to criticize the decision though he did not mention the vote directly, the Hill notes.