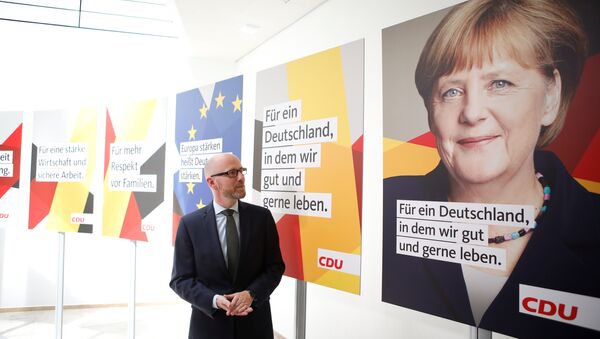 "Today I left my post as the general secretary of Germany's CDU. Although I am elected until December of this year, I knew that I would leave this post after a successful government was formed," General Secretary of the German ruling party Christian Democratic Union (CDU) Peter Tauber posted on his Facebook page.

Tauber added to his unexpected announcement, that the CDU would choose his successor at a party congress in late February. He expressed his gratitude toward Angela Merkel, the German chancellor, and CDU leader, for the work they did together and added that she would take a significant place in history alongside former Chancellors Helmut Kohl and Konrad Adenauer.

On Sunday, German media was astonished by the reports on Tauber's resignation for health reasons. According to media, Annegret Kramp-Karrenbauer, the minister-president of the state of Saarland, might become Tauber's replacement.

Recently, to a great surprise of the German government, German Social Democrat leader (SPD) Martin Schulz stepped down with immediate effect on February 14. He also gave up plans to become the next foreign minister with the hope of putting an end to the turbulence that has shaken the center-left party since it agreed on a coalition deal with Chancellor Angela Merkel's conservatives.

In early February, Merkel announced that her alliance of the CDU and its Bavarian sister party Christian Social Union (CSU) finally completed the negotiations on forming a coalition government with the Social Democrats (SPD). The parties agreed on a draft coalition deal, which has been approved by CSU and is due to be voted on by the congresses of the CDU and the SPD.