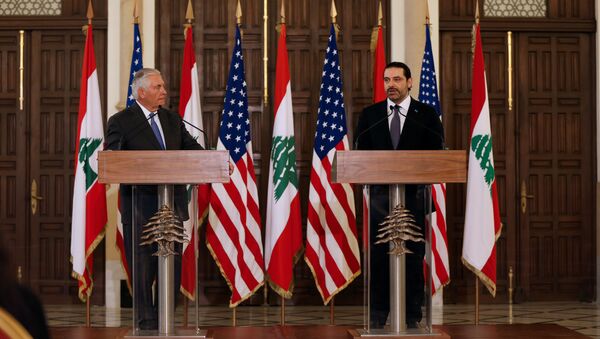 Earlier, Lebanon's President Michel Aoun has said that Beirut was looking for the United States' "effective role" in resolving the brewing standoff over the offshore oil areas between Lebanon and Israel.

"What is proposed is unacceptable," Lebanon's NNA cited Berri as saying. It is unclear what the US has offered to Lebanon concerning the disputed waters in the Mediterranean Sea.

David Satterfield has been mediating between Lebanon and Israel after tensions between the two countries over border wall constructions and disputed areas.

Earlier, US Secretary of State Rex Tillerson visited Beirut to mediate the territorial dispute between Lebanon and Israel.

"It is very important that Lebanon and Israel reach an agreement on the maritime border, and the United States will do everything to help," Rex Tillerson said. The head of US diplomacy noted that he had "very productive negotiations on this issue in Beirut". "We are optimistic about the possible arrival of the two sides to an agreement," Tillerson said.

READ MORE: Lebanon Urges US to Prevent Israel From 'Continuing Assaults on Sovereignty'

The US has offered Lebanon mediation to ease tensions with Israel over the offshore gas fields in the Mediterranean Sea. But Beirut has rejected the US plan of sharing the offshore blocks, that was proposed by US Assistant Secretary of State David Sutterfield.

The border problem with Israel worsened after Beirut issued licenses in December 2017 to develop hydrocarbons off its coast to a consortium of France's Total, Italian Eni and Russian Novatek.