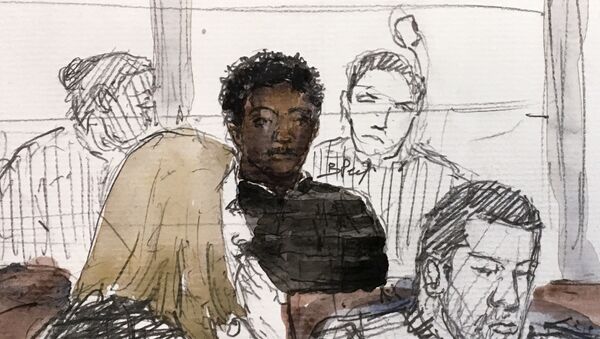 A 29-year old man has been accused of sexually abusing an eleven-year-old girl; the case has prompted heated discussions about the age of consent in France.

During the trial, lawyers for the suspect insisted that the girl was aware of what she was doing despite her age, while the girl’s attorneys argued that she was too young to comprehend the situation and too confused to resist. France does not have a legal age under which a child cannot agree to sexual intercourse, and the prosecutor’s office in the Paris suburb of Pontoise made the decision to put the man on trial, not for rape, but on charges of “sexual abuse of a minor under 15.”

The defendant’s lawyers said that their client, who was 28 at the time, believed the girl was at least 16 and threw a jaw-dropping argument, which, from their standpoint, was a game changer.

“She was 11 years and 10 months old, so nearly 12 years old,” defense lawyer Marc Goudarzian said Tuesday. “It changes the story. So she is not a child.”

His colleague Sandrine Parise-Heideiger proceeded to say, “We are not dealing with a sexual predator on a poor little faultless goose.”

She added that as soon as children have “sexual expressiveness and you have an attitude of putting yourself in danger” then “it doesn’t necessarily mean the person on the other side is a sexual predator.”

The lawyer for the girl’s family, Carine Diebolt, asked the court to change the charge to rape, and the judge agreed to send the case back to investigators.

“It’s a victory,” Diebolt told reporters after the trial. “The main thing is that [the girl] can at last be heard as a victim of rape … we can say it’s a victory for the victims.”

Due to the wide publicity given to the case, it has fanned the flames of the debates on age of consent in France. President Emmanuel Macron has proposed a bill to introduce a minimum age for sexual consent, although it has not been decided on yet, it could be between 13 and 15.

READ MORE: One Misstep Too Many? WH Chief of Staff in Hot Water Over Abuse Scandal

The case spurred outrage among twitter users; people from across the globe were astonished to find out that there was no age of consent in France, and called the arguments made by the defendant’s lawyers “disgusting”:

Shocking that France has no age of consent. I don't understand how anyone could argue that an 11 year old girl can consent to sex with a 29 year old man — or how the defense lawyers can sleep at night while using a consent defense against a helpless 11 year old.

I’m looking at my 11 yo daughter, and thinking, I’m never taking her to France. Or UK, if the age of consent is only 13. Seriously, that is messed up.

French netizens were also furious with the line the suspect’s lawyers took, and said that an 11-year-old girl could not give her consent to sexual relations with a 28-year-old man:

“No, no, no and once again no! Did this piece of s**t know that she was eleven? This is a child, a little girl!”

“And getting pregnant at 12 doesn’t shock anyone? Please, give me a pinch so that I could wake up from this nightmare. In France. In 2018.”