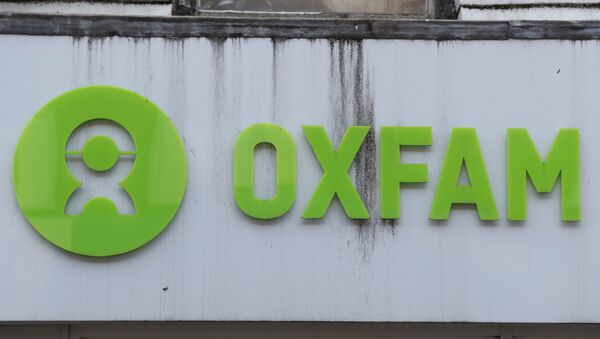 MOSCOW, (Sputnik) – Deputy Chief Executive of UK charity Oxfam Penny Lawrence said Wednesday she was resigning following the emergence of concerns over the past behavior of staff in Chad as well as Haiti.

"Over the last few days, we have become aware that concerns were raised about the behavior of staff in Chad as well as Haiti that we failed to adequately act upon. It is now clear that these allegations — involving the use of prostitutes and which related to the behavior of both the Country Director and members of his team in Chad — were raised before he moved to Haiti. As programme director at the time, I am ashamed that this happened on my watch and I take full responsibility," Deputy Chief Executive of UK charity Oxfam Penny Lawrence's statement read.

Ms. Lawrence said she is "desperately sorry for the harm and distress" caused to the charity's supporters and the "vulnerable people who trusted us".

"Penny feels that happened on her watch and she takes responsibility," said Oxfam's chief executive, Mark Goldring. "More stories have come out over the weekend which has suggested people did report concerns in Chad and Haiti which were not properly acted on at the time."

Responding to the reports on abuse, the European Commission called on Oxfam, a UK-based charitable organization, to clarify the situation regarding the allegations that charity workers, stationed in Haiti after 2010, were involved in a sexual misconduct scandal, Maja Kocijancic, a spokeswoman for the EU institution, said Monday.

"In this specific case… we expect Oxfam to fully clarify the allegations with maximum transparency as a matter of urgency. We are ready to review and if needed cease funding… to any partner, who is not living up to do required high ethical standards," Kocijancic said at a briefing.

What Oxfam May Loose?

Oxfam may lose state funding amid allegations of a sexual misconduct scandal, media reported. According to reports, in 2017, Oxfam received $44 million in government funding.

Oxfam, one of Britain's biggest charities, has condemned the behavior of some former staff in Haiti after a report in The Times newspaper said aid workers paid for sex while on a mission to help those harmed by the 2010 earthquake.

Oxfam has refused any concealment of the allegations since the sexual abuse revelations came out on Friday. Over the weekend Oxfam had announced several measures for the restraint and sexual abuse cases handling. Four members of Oxfam staff were dismissed and three, including the country director, resigned before the end of the investigation.

In 2010, two major earthquakes hit Haiti. The number of people killed by the quake estimates from 50,000 to 200,000, while the number of people affected by the tremor exceeded 3 million. The international community, including charitable organizations, such as Oxfam, has been engaged in providing support to Haiti since then.