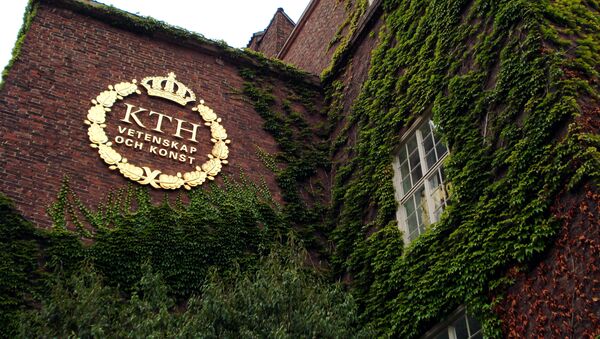 Computer engineering students at the Stockholm-based Royal Institute of Technology cannot complete their education without presenting their reflections on the benefits of being a white heterosexual man.

Apart from programming and mathematics, students who choose computer engineering as their major at the Royal Institute of Technology (KTH) also have to expect a compulsory course named "Program Cohesion," which includes a seminar and an essay on minorities and equal treatment, the Nyheter Idag news outlet reported.

To participate in the seminars, students are required to read articles "revealing the hetero norm" at Swedish institutions and on the #Metoo campaign against sexual harassment, as well as watch a film about being black in the Nordic country.

In addition to Implicit Association Test to reveal one's subconscious prejudice, first-year students are required to write an essay of 500-900 words reflecting on the benefits of being (or at least being perceived as) male and heterosexual, growing up in Sweden and having a Nordic or generally Western appearance, according to the curriculum on the university webpage.

Note ‘based on the learning material’ in the instruction. It is therefore undesirable that any scientifically-minded technician digs one of the many empirical studies that show that it is not always a self-evident advantage to belong to those groups.

​By contrast, second and third-year students are required to produce an essay of 600 to 1,000 words on being part of the majority population in comparison to various minorities, as well as the value and the difficulty of achieving equal treatment.

The Horse Who Wanted to Be a Dog: Swedish Kids Taught About Transsexuality
Viggo Kann, a professor of computer science, who is responsible for the current course, told Nyheter Idag that the theme of minorities and equal treatment started three years ago.

"I have read three groups' essays, held three seminars and been in contact with about 45 students. The vast majority of them have been very positive. They say they have learned something new and appreciated new things they have not thought of before," Kann said, admitting that only one student complained of "angled selection of tasks."

Among Swedish netizens, however, the novelty has been met with mixed reactions.

"Should technology really involve identity politics and all? I enrolled in the program to learn about computers, not about today's political fashion," a user, who claimed himself to be a KHL student, wrote on Sweden's most popular forum Flashback. "Is it okay for taxpayers' money to be spent on hiring political activists who get comfortable wages for designing and correcting such tasks?" he continued.

Another Flashback user argued that the course was completely detached from education, whereas yet another one called the novelty "theoretical poison." Others voiced their satisfaction over having received their degrees before the arrival of ideological components as educational innovation.

User Darko Crncevic argued this was "nothing but indoctrination," tweeting that "postmodernism was spreading through the academia like a malignant tumor."

However, voices in support of the political angle were also heard, as users welcomed the opportunity to reflect on the reality of one's career choice.

Originating from the Laboratorium Mechanicum founded in 1697, the Stockholm-based KTH is Sweden's first institute of polytechnics, specializing in engineering and technology and ranks highest in northern Europe in its academic fields.

KTH is officially #Sweden's most popular place to #study #engineering, and a top choice for women. https://t.co/pYtlDMLcbx pic.twitter.com/w5qwii47Bo