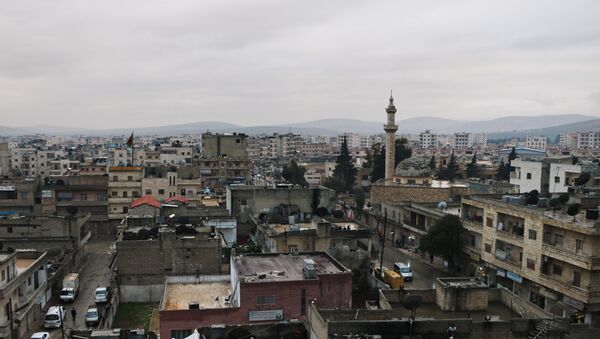 "Turkish aircraft have struck the Maidanka dam, which raises fears for the lives of civilians," the media center of the Syrian Democratic Forces (SDF) said.

According to the SDF, clashes between Kurdish militia and the Turkish army, as well as pro-Turkish militants, continue in many parts of Afrin. In particular, fierce fighting is taking place on the Kastal Hill, which holds strategic importance.

The media center also reports that a female Kurdish YPJ fighter took out a Turkish tank.

Since the launch of the Turkish "Olive Branch" military operation in northern Syria's Afrin, about 86 civilians have been killed and 198 others wounded, the Syrian SANA news agency reported, adding that the offensive had caused damage to civilian infrastructure, residential buildings and archaeological sites.

The Turkish General Staff has published the results of their offensive as of January 27, saying that Turkish forces had eliminated 394 Kurdish and Daesh fighters and the country's aviation has destroyed 340 targets during the operation.

On January 27 the SDF reported they had downed a Turkish helicopter and two reconnaissance Unmanned Aerial Vehicles (UAV), bringing the total number of killed Turkish army men to 308.

Ankara launched the military operation dubbed Olive Branch in Syrian Afrin on January 20, explaining the advance as necessary to protect their borders from a "terrorist army," soon after the US announced their decision to start training a border protection force comprising the Syrian Democratic Forces (SDF), affiliated with the Kurdish People's Protection Units (YPG), which Turkey considers to be a terrorist group.

Turkish President Recep Tayyip Erdogan, specifying the mission of the military campaign as border protection, vowed to extend the operation to other Kurdish-populated areas of Syria, such as Manbij, moving throughout our entire border.