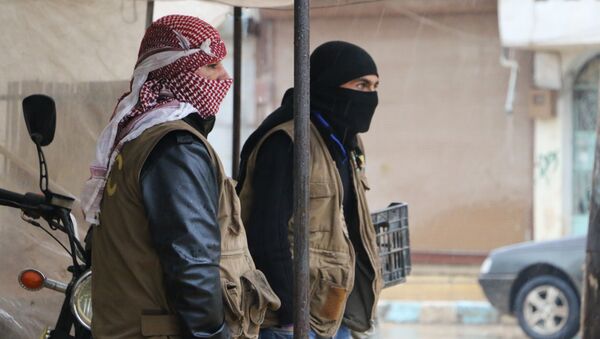 US policy-makers and Pentagon officials have found themselves between the devil and the deep blue see while trying to appease their allies – the Turks and the Syrian Kurdish militia regarded by Ankara as terrorists. Is it related to Washington's perpetual change of heart towards the Kurdish issue?

However, according to the Washington Post, the Trump team scrapped the plan saying that the framework was a "poor staff work" with "huge information gaps" and no "plan B."

May 2017: The US Gives the Kurds Weapons for Raqqa Op

On May 8 Donald Trump approved supplying arms to Kurdish fighters to retake Raqqa from Daesh, regardless of strong opposition on the part of the Turks. Citing an US official speaking on conditions of anonymity, Reuters specified that the Kurds were supplied with small arms, ammunition, machine guns, armored vehicles and engineering equipment. 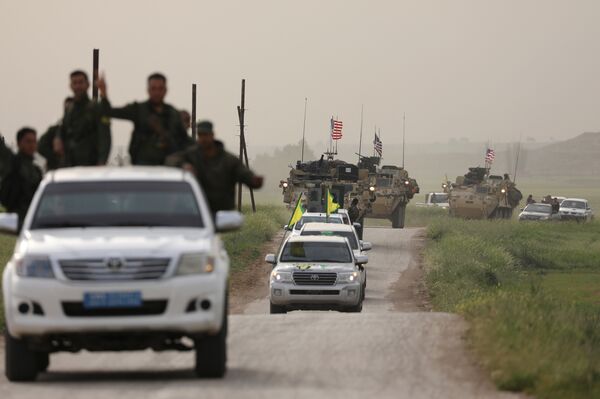 Kurdish fighters from the People's Protection Units (YPG) head a convoy of U.S military vehicles in the town of Darbasiya next to the Turkish border, Syria April 28, 2017
© REUTERS / Rodi Said

June 2017: US Will Continue to Arm the Kurds After Raqqa Op

On June 27 Mattis said that the US may continue to arm the Syrian Kurds after the battle for Raqqa is over: "We're going to equip them for the fight. If they have another fight and they need, you know, the light trucks that they've been using… we'll get them that," Mattis said. "When they don't need certain things any more, we'll replace those with something they do need."

December 2017: There is No Need to Arm the Kurds

Following the defeat of Daesh in October 2017, the Trump administration signaled December 2 that it was going to stop arming the Kurds.

"The YPG is armed and as the coalition stops offensive (operations) then obviously you don't need that, you need security, you need police forces, that is local forces, that is people who make certain that ISIS [Daesh] doesn't come back," Mattis said.

On January 14, Colonel Ryan Dillon, the spokesman for Combined Joint Task Force Operation Inherent Resolve, told Agence France Presse (AFP) that the US will establish a new military force in Syria together with the Kurdish-dominated SDF: "There is a goal of a final force of approximately 30,000. There are approximately 230 individuals that are training right now in the border security force. That's an inaugural class." 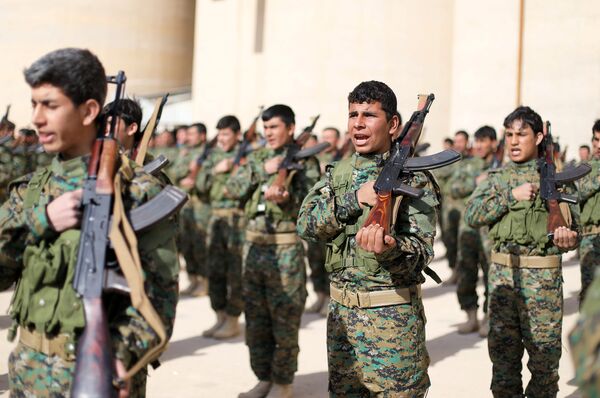 Fighters from a new border security force under the command of Syrian Democratic Forces (SDF) hold their weapons during a graduation ceremony in Hasaka, northeastern Syria, January 20, 2018
© REUTERS / Rodi Said

On January 17, Secretary of State Rex Tillerson backpedaled on the Pentagon's plan: "That entire situation has been misportrayed, misdescribed. Some people misspoke. We are not creating a border security force at all."

On January 23, Mattis denounced the Turkish Operation Olive Branch against the Syrian Kurds in Afrin and Manbij: "This clearly disrupts [anti-terror] effort," Mattis said. "The Turkish incursion disrupts that effort. So we urge Turkey to exercise restraint in the military actions and the rhetoric and ensure that its operations are limited in scope and duration."

January 24: The Kurds to Pay the Price if Resist Turkey

On January 24 Pentagon spokesman Adrian Rankine-Galloway told the state-owned Turkish news outlet Anadolu Agency that the US may cut off military assistance to the Kurdish militia in northern Syria if it continues attacking the Turks:

"If they [US-backed units operating under the SDF umbrella] carry out military operations of any kind that are not specifically focused on ISIS (Daesh) they will not have coalition support," Rankine-Galloway stressed. "If we observe scenarios in which that equipment is used for other purposes, we are going to take appropriate action that could include cutting off military assistance to them."

Stay tuned to find out what new empty promises Washington will give its allies in Syria and how it will break them again.