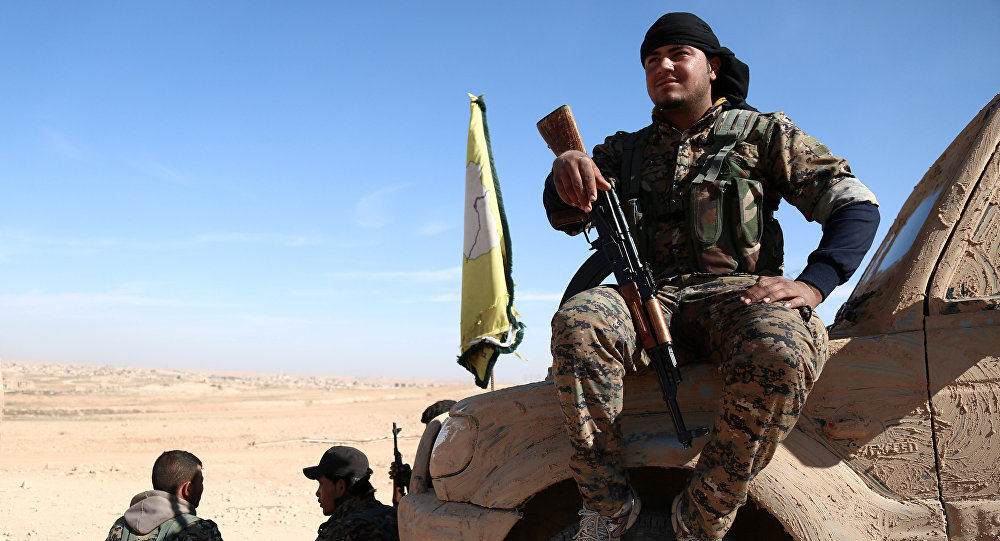 Battle for Raqqa: US Drops Obama’s Plan to Arm Kurds to Retake City From Daesh

President Donald Trump's administration scrapped plans by former President Barack Obama to arm Kurdish fighters in northern Syria in a push to recapture the city of Raqqa from Daesh, US media reported.

© AFP 2019 / DELIL SOULEIMAN
Kurdish SDF Drive Daesh From 130 Villages in Syria's Raqqa Province Since Dec. 10
WASHINGTON (Sputnik) — After being handed the plan on January 17, Trump’s team decided it was so careful that it would likely fail, and threw it out, The Washington Post reported on Thursday, citing sources.

US Secretary of Defense James Mattis and Joseph Dunford, chairman of the Joint Chiefs of Staff, have not devised an alternate plan, it added.

According to the newspaper, the Obama administration had for years relied on Turkey to send troops or Syrian rebels into Raqqa, but President Recep Tayyip Erdogan focused on fighting Syrian Kurds, which it sees as a greater threat than Daesh.

Central Command commander Gen. Joseph Votel finally asked for authorization to back the Kurds in the fall of 2016, but US administration officials delayed making a decision amid fears it would alienate Ankara.

Three weeks before Trump's January 20 inauguration, Votel and Dunford formally requested armored vehicles, anti-tank weapons, machine guns and mine-clearing equipment for the Kurds and stressed that delaying the delivery could drag the Raqqa operation out for another year.

US-supplied armored vehicles were delivered to Syrian fighters on Tuesday, but Col. John Dorrian said they were transferred to the Syrian Arab Coalition, not the SDF. Another of the SDF's Kurdish components, the Popular Defense Units (YPG) also denied receiving arms from the US-led coalition.