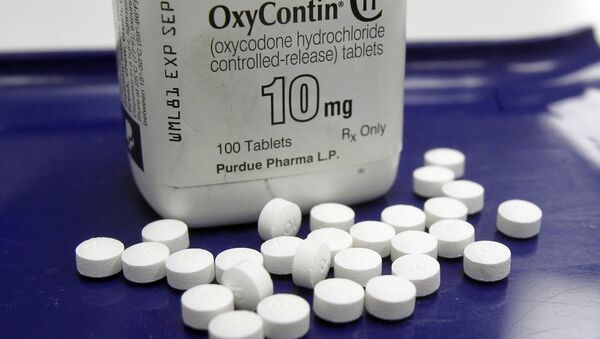 © AP Photo / Toby Talbot
Subscribe
International
India
Africa
The US Centers for Disease Control and Prevention (CDC) has issued its annual report on mortality in America, and the news is unexpected, as the life expectancy of US citizens has dropped for the second straight year.

Opioid Epidemic Major Cause of Shrinking US Workforce - Princeton Economist
Published at the tail end of December, the new CDC report detailed that US life expectancy fell in 2016 — the second year in a row. Americans born in 2016 are now projected to live an average of 78.6 years, a drop from the 2014 78.9-year figure.