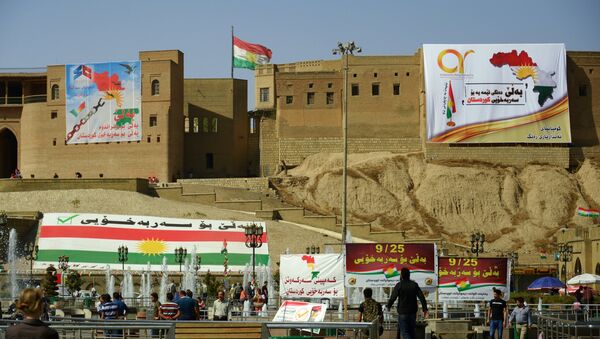 Iran has reopened the Tamarchin, Parviz-Khan border crossings with Iraqi Kurdistan, which were closed after the September 25 independence referendum in the region, ISNA reported, citing the Iranian consulate in Erbil.

However, the Rudaw news agency reported, citing Abdullah Akraye, head of KRG relations with Iran Iranian officials have told the Kurdistan Regional Government that the crossing at Parviz-Khan was, indeed, open, but the gates at Haji Omeran port remained closed and due to open later on Tuesday.

Iran previously imposed a fuel embargo on the autonomous region, banning the trade of fuel products — in terms of both imports and exports — with Iraqi Kurdistan and shut down the crossings at Haji Omeran, Parviz-Khan and Bashmakh in October last year. The port in Bashmakh was re-opened several weeks later.

The decision comes after Iraq extended its flight ban to the breakaway region until February 28: the limitations concern Kurdistan's Erbil and Sulaimani airports.

Meanwhile, military, diplomatic, humanitarian and UN flights to the area are still permitted, but subject to approval by the Iraqi government.

The situation in the region escalated after 90 percent of Kurds voted in September in favor of the autonomy's secession from Iraq. Baghdad, for its part, has called the referendum illegal and launched a military operation to recapture the Kurdish-held disputed areas of the country, while also imposing sanctions on Kurdish authorities.

This move triggered the Iraqi federal government to instruct the country's armed forces and allied Popular Mobilization Units (PMUs) to launch a military campaign in northern Iraq to retake the oil-rich city of Kirkuk from the Peshmerga, in addition to other disputed areas. Iraq also assumed control of all border crossings in Iraqi Kurdistan, and closed all airports there, effectively isolating the area. 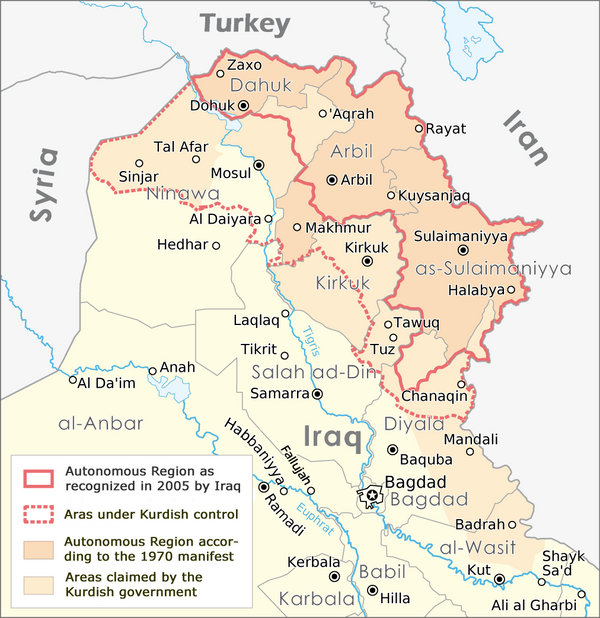 Map of the Autonomous Region of Kurdistan
CC BY-SA 3.0 / Maximilian Dörrbecker / Map of the Autonomous Region Kurdistan
Newsfeed
0
Access to the chat has been blocked for violating the rules . You will be able to participate again through:∞. If you do not agree with the blocking, please use the feedback form
The discussion is closed. You can participate in the discussion within 24 hours after the publication of the article.
To participate in the discussion
log in or register
loader
Chats
Заголовок открываемого материала