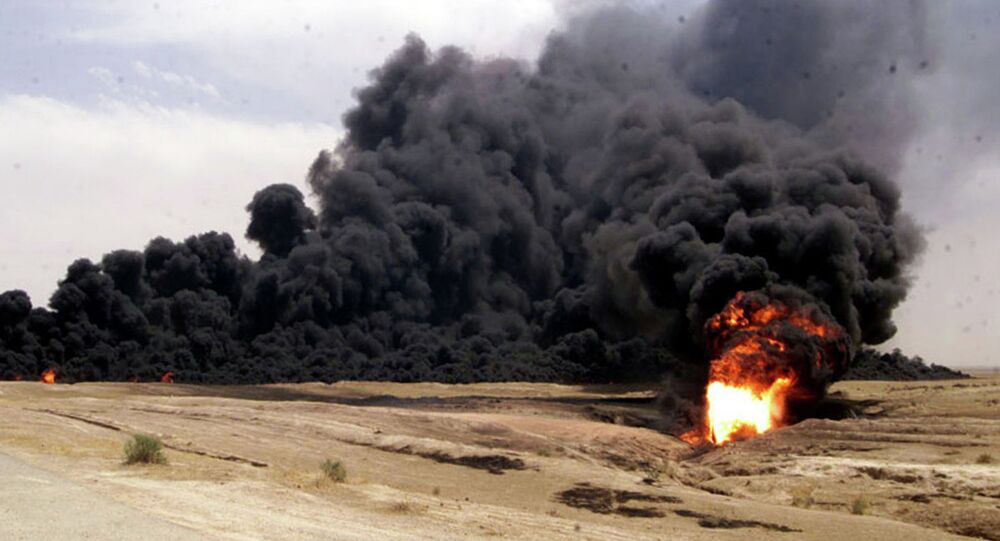 BAGHDAD (Sputnik) - Iraq is inviting companies to submit bids to take part in the construction of a new branch of an oil pipeline from the province of Kirkuk to the Turkish port of Ceyhan, the Iraqi Oil Ministry said on Sunday in a statement.

Iraq wants to build a new section of the pipeline from Kirkuk to Ceyhan to replace the old one, which was severely damaged by Daesh, the terrorist group outlawed in Russia.

"[We] are inviting local and international specialized companies to participate in the construction of the new oil pipeline from Kirkuk's oil field to the Iraqi-Turkish border… The bids must be placed by January 24," the statement said.

According to a ministry spokesperson, the pipeline's length will be 350 kilometers (217 miles) with a capacity of 1 million barrels of oil per day.

Over 40 Russian Women, Children to Return From Syria, Iraq in Coming Days

Baghdad's Advance on Kirkuk Has 'Broken the Kurds' Back'